Anne-Gaelle Colom, Senior Lecturer in the Faculty of Science and Technology, has been announced as the winner of the International Open Source category at the annual WISE Awards 2016, for her outstanding contribution to gender balance in open source software and coding. 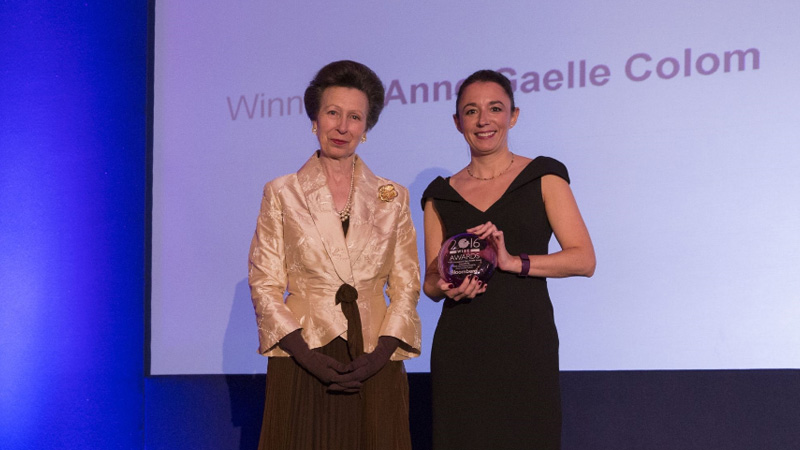 The WISE Awards celebrate the work of individuals and organisations who are leading the way for gender balance in science, technology, engineering and maths (STEM).

Being a nominee for the WISE Award for two consecutive years, this year Anne-Gaelle Colom deservedly received the prize for the significant impact in encouraging other women at Westminster and wider in open source software and coding.

Helen Wollaston, chief executive of the campaigning organisation WISE, said: “The winners are living proof of the contribution women make to innovation, safety and business performance.”

Speaking of the project she was awarded for, Anne-Gaelle Colom said: “I have been involved with Open Source Projects, Software Development and Governance for many years now. It is always a great pleasure to engage with the Open Source Community and share my experience with our students and colleagues.

“Last year's nomination was a great encouragement for me to release our own Open Source Project, here at Westminster, to engage more people and women in particular into coding, and help our students become contributors to that project. I am very happy that the first phase of this project, which was to develop a graphical teaching tool, is about to be released to academic institutions and schools."

Colom was nominated as a result of her involvement with Open Source. Anne-Gaelle has taught programming and web development to over 3000 students so far in the Department of Computer Science and Software Engineering at Westminster. She has been sharing her experience with them and been successful in encouraging her female (and non-female) students to embrace a career in technology. She also took a six-month sabbatical in January to build a tool that will make it easier for women to learn programming.

Anne-Gaelle is also a member of the jQuery Mobile Team, the Content Lead for the jQuery Foundation and has been contributing to jQuery projects since 2010. She was elected to the jQuery Board of Directors in April 2013, and today is the only academic and female member of the Board. Board membership is composed of people who influence the technology and standards that are shaping the future of the Web.