Students from the History BA Honours course recently visited Northern Ireland, to learn about the impacts of the Irish Republican Army (IRA). 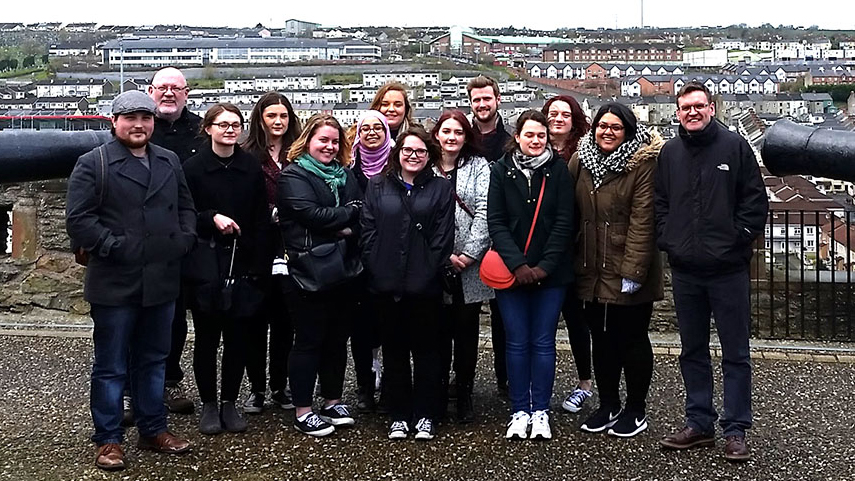 As part of a module on the troubles in Northern Ireland, the students visited the site of the Bloody Sunday massacre, which claimed the lives of 14 people in 1972. Along with visiting the site, the students were given the opportunity to meet people involved in the conflict, including those in both the civil rights movement and terrorist organisations.

The students were also given the opportunity to meet with officers from the Police Service of Northern Ireland. The students learnt about how the officers police a 'regular' university city that still has the threat of a terrorist attack.

One student on the trip was Aoife Mooney, who said: “The recent trip to Northern Ireland was amazing and intellectually stimulating. We got to visit Derry, which is so rich in history. We also took a day trip to Donegal, which meant we could take in the breath-taking views.

“The trip was an incredible end to the most interesting module that I have studied over the past three years.”

Find out more about the History BA Honours course at the University of Westminster.