History students on fieldtrip to Dublin

Pictured is a group of Westminster history students on a recent fieldtrip to Dublin. 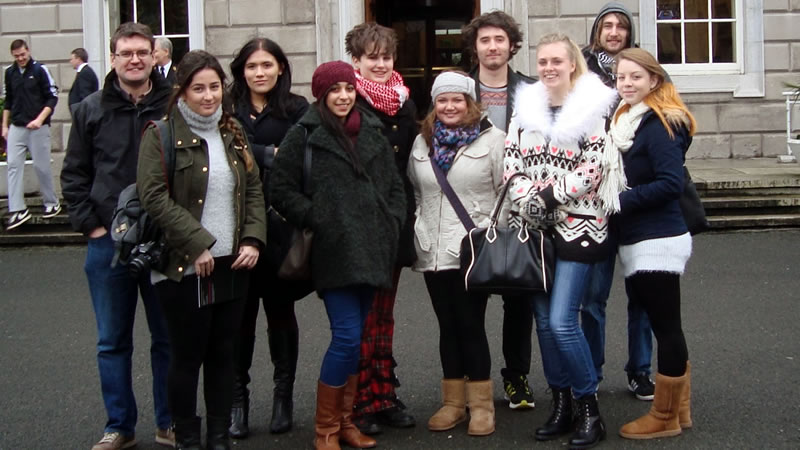 The students are taking 1HIS525 Modern Ireland 1868-1922. They visited many sites of historic interest in Dublin including many of the key locations of the 1916 Easter Rising, the War of Independence and the subsequent Civil War. They also viewed the Book of Kells, housed in the library of Trinity College. This magnificent manuscript, once described as ‘the most precious object in the western world’, dates from approximately 800 AD.

Students also visited Croke Park, home of the Gaelic Athletic Association. The stadium was the scene of awful events in November 1920, when fourteen civilians were killed by British forces in retaliation for an IRA operation earlier the same day. In 2007, the stadium became a symbol of reconciliation between Ireland and England, when their rugby teams came head-to-head in a Six Nations clash. Ireland won the match 43-13.