Pictured is a group of Westminster History students on a recent field trip to Dublin. 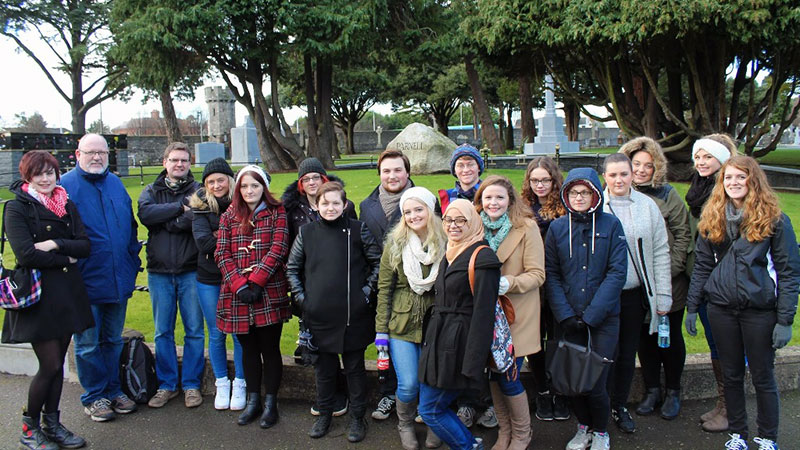 The group are taking the module 1HIS525 Modern Ireland 1868-1922. They visited many of the historic sights associated with the 1916 Easter Rising, and the subsequent War of Independence and Civil War. The students also enjoyed a fascinating tour of Glasnevin Cemetery, where many famous Irish patriots are buried. These include Charles Stewart Parnell, leader of the Home Rule movement, who died in 1891 after his career was ruined by a notorious divorce case.