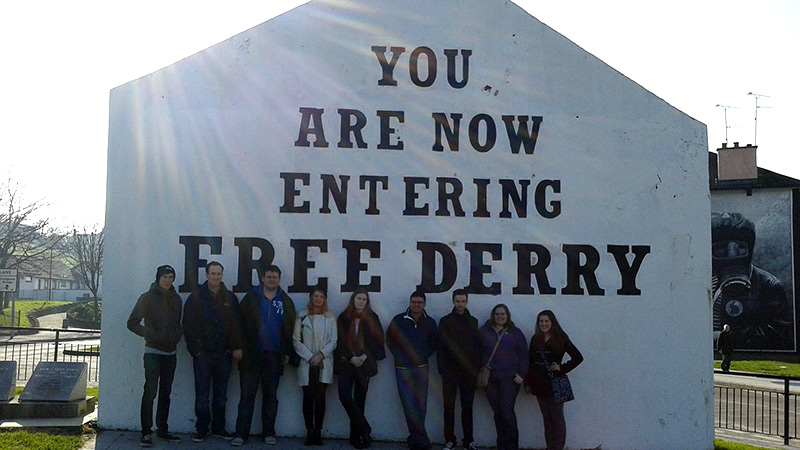 Pictured is a group of Westminster History students on a recent fieldtrip to Northern Ireland. They are part of a group studying ‘The Troubles: Britain and Northern Ireland 1968-1998’.

The students had the chance to interview former members of the original Civil Rights movement, as well as some of those who became involved in political violence and spent time in prison as a consequence.

They visited the sites of the 1972 Bloody Sunday shootings in Derry, an event which in many ways still haunts this divided city. But they also heard from locals how the award to Derry of the title of the UK’s ‘City of Culture’ reflected a new sense of optimism in the town about its future.

The group also had a fascinating interview with senior members of the city’s division of the Police Service of Northern Ireland, and heard about the challenges of policing a ‘normal’, bustling, university city in which there still lingers a potentially deadly terrorist threat.

For more information about ‘The Troubles’ and other History modules, please contact Dr Charles Sandeman-Allen on [email protected].