The group stayed in student apartments in the centre of Berlin, overlooking the Brandenburg Gate, the Reichstag and the Holocaust Memorial and explored both the east and west parts of the city. 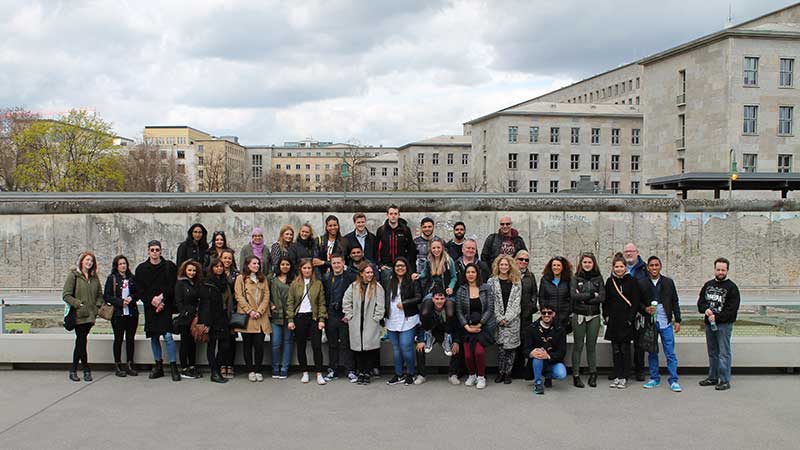 The History students are part of a group studying ‘Democracy and Dictatorship: A History of Europe in the 20th Century’ while the Criminology students mainly study ‘Researching Crime and Justice’.

Other popular places to visit were the East Side Gallery – a lasting memorial to the Wall which divided the city between 1961 and 1989 - the Jewish Museum, the Olympic Stadium built in 1936, and the Berlin TV Tower in Alexanderplatz constructed in the late 1960s.