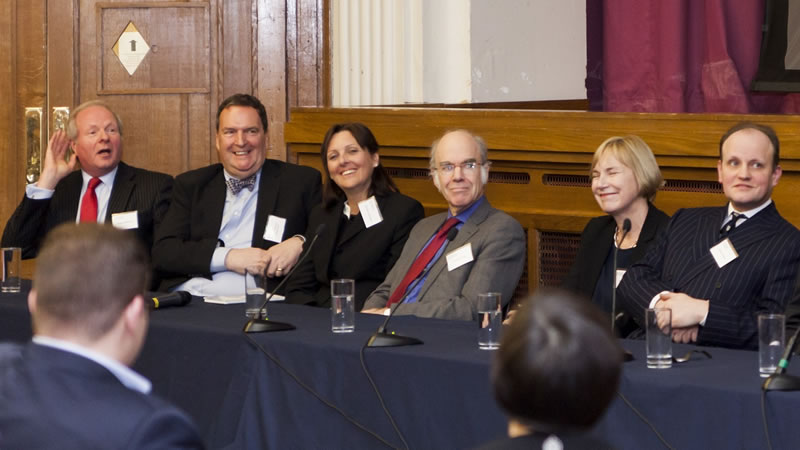 After an opening speech by Head of Westminster Law School, Elizabeth Duff, the judges gave an overview of their careers and shared advice concerning judicial roles. The event, which was held at the Little Titchfield Street campus, was followed by a question-and-answer session where the judges provided guidance on ethical dilemmas and gaining work placements.

Shadowing opportunities were also raised at the event to provide law students with practical experience to improve their employability. The judges then joined the subsequent networking reception where students had the chance to talk to them while enjoying canapés and champagne.

All the judges involved in the event are either alumni of the University of Westminster or they have educational connections with the University.

Caroline Hamilton, Chief Parking and Road Traffic Adjudicator for London, told students: "If you follow my example all you have to do is to keep going and then you can achieve. I don’t give up and that’s how you achieve."

She continued: “One of the ways to have a stable income is to achieve a judicial appointment and, looking at the different types of people that we have here, it's something that is an open opportunity for all sorts of people to take up. So don’t ever think that ‘no, I cannot do that!’ Yes, you can do that! We are certainly living examples that you can do that."

District Judge Philip Gillibrand, who deals with crime and family and who is also a Diversity and Community Relations Judge, further encouraged the student audience to live up to their potential: “What really matters tonight is you and your careers, and how you go about tackling it. Whatever your background, whatever your problems, this is an inclusive society and that’s why (with District Judge Tan Ikram who also participated at the event) we work together as Diversity and Community Relations Judges. We want you all to be involved in the legal profession, involved in the judiciary. Be determined. Seize the day. Give it a good go. Don’t give up. If you are confronted with a failure, try again. And try again after that.”

Our graduates go on to very successful careers as barristers and advocates, solicitors, clerks and officers of court, legal executives and paralegals. They have gone on to work for some of the UK’s leading legal services providers including Allen & Overy, Berwin Leighton Paisner, Addleshaw Goddard, Hodge Jones & Allen, Weightmans and Ropes & Gray. Our graduates also pursue careers in accountancy, the Civil Service, education and government.