Journalist and broadcaster James O’Brien delivered this year’s Annual Leveson Lecture at the Little Titchfield Street campus on Monday 26 November. It was followed by a panel discussion chaired by Steven Barnett, Professor of Communications at the University of Westminster. 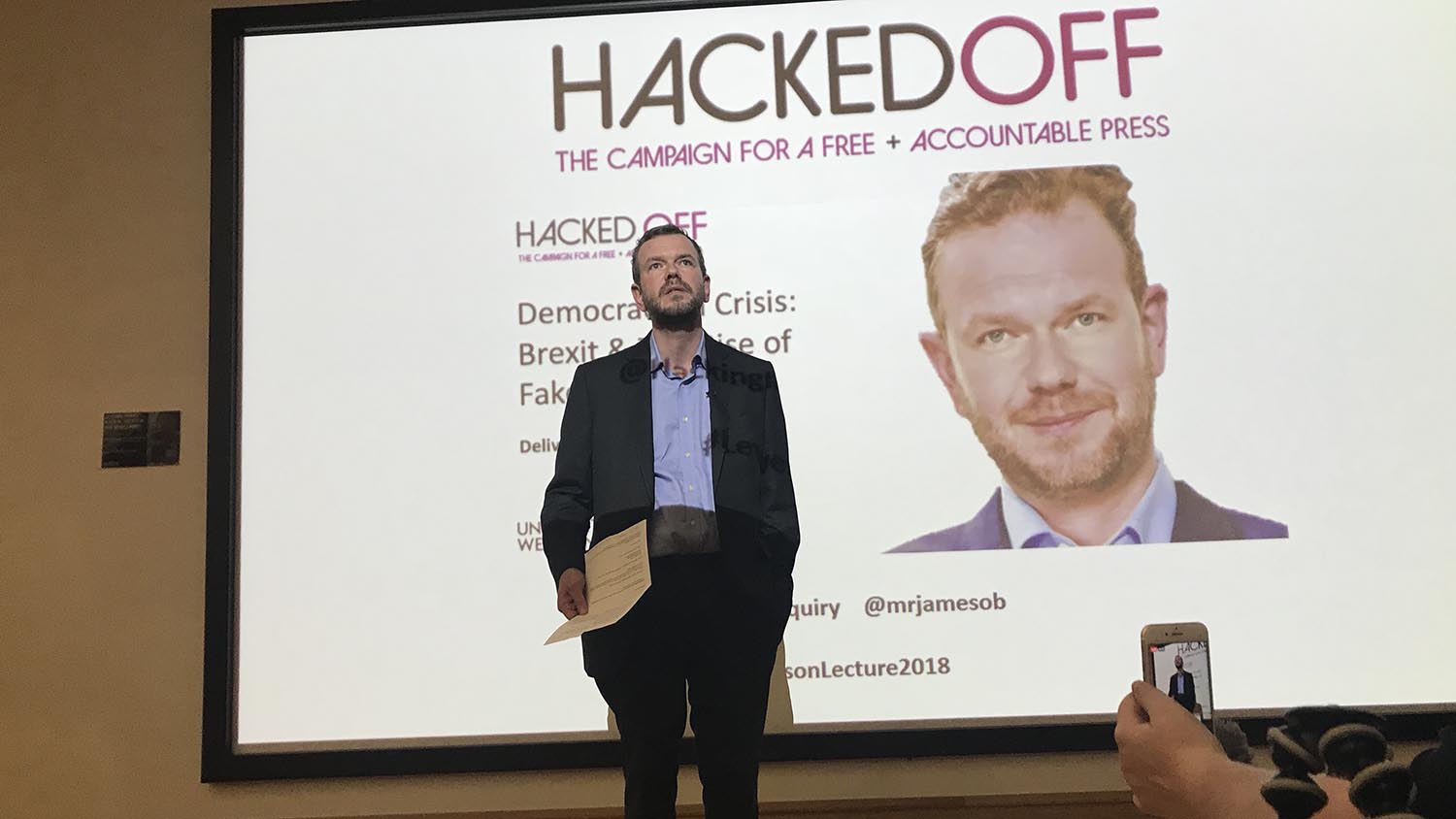 O’Brien has been an outspoken critic of some elements of the press’ handling of Brexit, including inaccuracies published in the run-up to the referendum. His book ‘How to be right’, published on 1 November, was available for purchase on the night.

He is one of the presenters on talk station LBC, where he has his own show consisting of a phone-in discussion on news and current affairs. One of his most famous debates was with Nigel Farage over UKIP as an alternative in British politics.

Talking about the event, James O’Brien said: “I am delighted and honoured to be giving Hacked Off’s Leveson Lecture. It has become clear since the Brexit referendum that the British media not only failed to stem the flow of misinformation and fake news which swamped the electorate during the campaign but also, in many cases wilfully contributed to the problem.

“It is becoming increasingly difficult to resist calls for a regulator that would protect the public from dishonest and deliberate misleading journalism and the potential collapse in trust in print journalism makes the proper implementation of the Leveson reforms a matter of urgency.”

After the lecture, Professor Steven Barnett chaired a panel discussion with James, Journalist and TV Presenter Jacqui Hames, and Dr Emily Harmer, a Lecturer in Media at the University of Liverpool who has researched news coverage around the EU Referendum and Brexit. Other attendees included renowned figures in the media industry, academics and Westminster Journalism BA and Law LLB students.

Hacked Off is the campaign for a free and accountable press that works with victims of press abuse to achieve that. Past speakers include Baroness Warsi, Liberal Democrat leader Sir Vince Cable MP and Labour deputy leader Tom Watson MP.

Find out more about Hacked Off.