Rikhil Bahadur, a 2011 Television, Film and Moving Image graduate from the University of Westminster, has impressively produced and directed his first commercial feature length film. 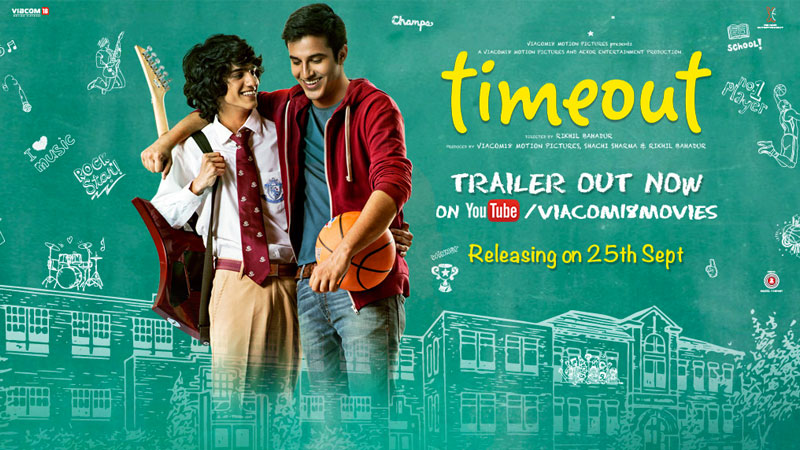 Bahadur’s feature film entitled ‘Time Out’ has been co-produced with Viacom18 Motion Pictures. The film focusses on growing up in India, and pushes boundaries by aiming to positively tackle prejudices towards homosexuality within Indian society.

‘Time Out’ is described as a story of two brothers and their bond as they come to terms with their individual identities. Featuring an upcoming, young, talented cast, the film brings a new vibe to the Bollywood scene, featuring live-action filmed concerts and basketball games in order to capture the essence of young life.

Explaining the significance of his film targeting an Indian audience, Bahadur explains:

Bahadur began working on what came to be his first feature film while still studying his MA in Directing at the University of Westminster. Starting off as a 12-minute short film, the film later travelled the world, being featured at the 2012 Cannes Film Festival, before Bahadur developed his work into a feature length film.

Speaking about how much he values the time spent studying at the University of Westminster, Bahadur explains:

“I take great pride in the fact that I am a graduate of the University of Westminster, and want to share my achievement, hopefully serving as an example that with the right training and a bit of hard work, all dreams are achievable. I don't think that without my experiences and learning at the film school I would have been equipped today to even dream of trying for this.”

He adds, “I am very eager to return to Westminster someday and further my skills in filmmaking”.

The University of Westminster’s Film and Television: Theory, Culture and Industry MA is the longest-running postgraduate course in the country in the study of film and television. Graduates have found employment in small and large-scale film and television companies, as producers, distributors, and exhibitors.

Rikhil Bahadur’s ‘Time Out’ is released in cinemas on 25 September 2015.