Amir Amor, a 2013 graduate from the Commercial Music BA Honours course at the University of Westminster, has had a No 1 Single and Album and recently won a Brit Award as part of the band Rudimental. 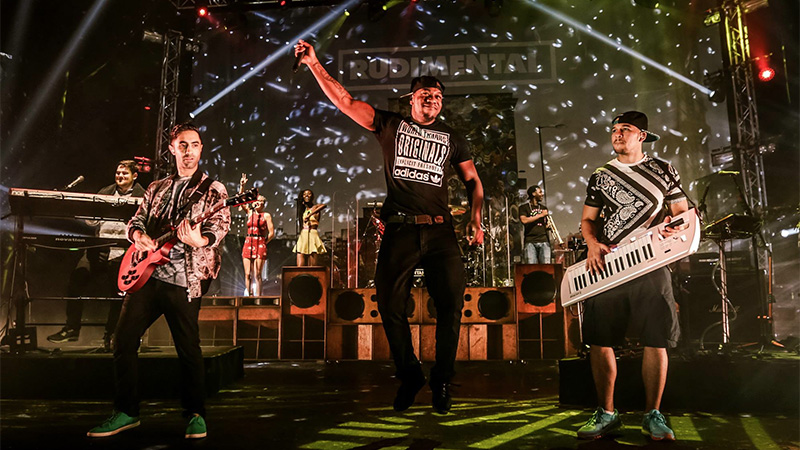 Rudimental (Piers Aggett, Kesi Dryden, Leon Rolle and Amir Amor) are a pioneering collective who have taken the British music scene by storm. Music industry recognition includes a No 1 Single and Album with “Feel the Love” featuring John Newman and “Home”, respectively. They have also won a Brit Award for Best British Single.

Nominated in three categories - British Album, British Group, British Single - they bagged the prestigious Single award. It's been a great year for the band whose live performances have been the highlight of the festival season, and whose videos have featured inspired film making.

They have gone on to cut influential tracks with upcoming artists and seem to have a particular gift of discovering emerging vocal talent. Ella Eyre and “Waiting all night” has been another big hit for the band, and a launchpad for soul sensation Ella’s career. Collaborating with Emeli Sande last year has established them as a global force.

Commercial Music BA Honours graduate Amir (guitar and keyboard) grew up in Camden and won a PRS song writing award in 2001. He spent his winnings on a guitar and met Plan B via a mentoring scheme who taught him how to play his first chords aged 16. He was also tipped as one of NME ‘Top 20 Hottest Producers’. Amir says of the Rudimental sound: "The unifying thing is the soul influence and the bass influence, those two things are always there."