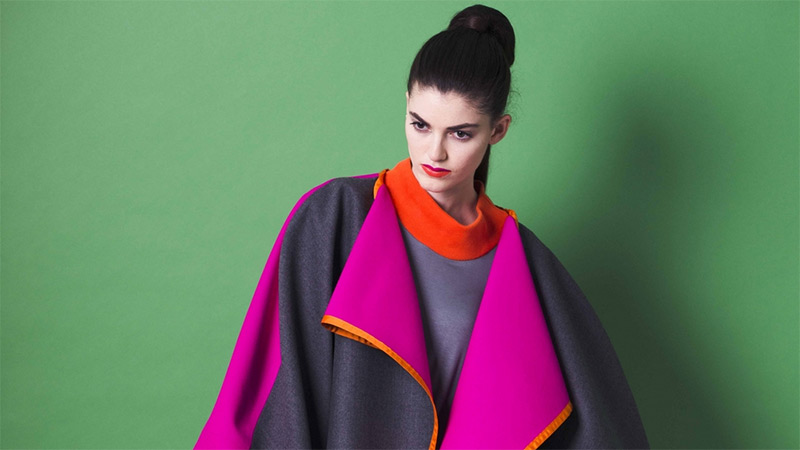 The University of Westminster graduate runway shows are eagerly anticipated in the fashion world and the BA (Hons) Fashion Design degree course leads the way in producing eminent and creative designers who go on to work across all levels of the international fashion industry. The course has a strong reputation within the industry and previous graduates include Christopher Bailey, Ashley Williams, Claire Barrow and Stuart Vevers.

Last year’s show saw the debut runway collections for both Ashley Williams and Claire Barrow. Ashley Williams’ designs made headlines with her Texan-inspired collection which was modelled by Pixie Geldof and Alice Dellal. Williams presented a kitsch take on Americana and has since gone on to show great acclaim at London Fashion Week in February as part of Fashion East and was named in The Times Power 100 list and The Evening Standard’s “25 under 25” to watch list.

Claire Barrow debuted at the University of Westminster runway show last May before joining Fashion East for London Fashion Week in September 2012. With commissions for Rihanna and a collaboration with Joseph under her belt, ‘fashion artist’ Claire Barrow is heralded as one of London’s most promising ‘ones to watch’.

“Our strong links within the international fashion industry give our students access to prestigious placements with top design houses across the world and provides them with solid experience which they can use to launch their careers in what is a highly competitive environment.

“This year’s graduate show will reveal some exciting surprises, with students taking their inspiration from a diverse range subjects including crushed cars, pagan folk rituals, and the late Princess Diana, this should prove to be a runway show not to be missed.”