Westminster student Adam Allinson has taken home the Gold Award for the best radio feature in the 2014 Charles Parker Prize. 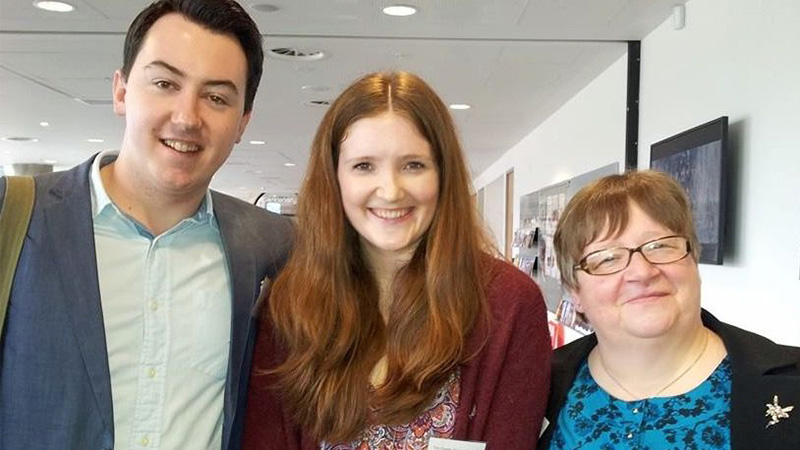 The award, which celebrates the best student radio feature or documentary, was presented at the annual Charles Parker Day in Birmingham.  Adam – a third year student on the Radio Production BA Honours course – made a feature exploring issues around suicide at the well known beauty spot, ‘Beachy Head’ in East Sussex.

The judges’ citation reads “This programme was the absolute stand out entry, which could have been crafted by a radio producer with years of experience behind them. The aspect of the incredible stories crafted with the subtle use of haunting music was widely admired and perfectly matched the harrowing tales that unfold.”

One of the key stories concerns a man who, having lost his wife on the cliffs, patrols the headland 365 days a year in a bid to deter potential suicides. Chairman of the judges, BBC Creative Director of Radio Features Simon Elmes, commented “The empathetic interview techniques ensured that peoples stories were told with an openness and frankness that left the listener reeling. It was a professional and mature as well as a compelling and important piece of radio that shone as brightly as the Beachy Head lighthouse itself.”

Adam’s prize is a two-week placement in the BBC radio features department, a high-end editing suite provided by SADiE and a DAB radio.

The annual Charles Parker Day is a conference honouring the work of the influential BBC producer, best known for the series ‘The Radio Ballads’. Charles Parker has a Westminster connection as he taught at the Polytechnic of Central London from 1967 up to his death in 1980.

Adams feature ‘Beachy Head - Life on the edge’ will be broadcast on BBC 4Extra.