Give a unique gift this Christmas: name a seat at the Birthplace of British Cinema

The United Kingdom’s first cinema on Regent Street, London, is offering the opportunity to name a seat in the soon to be reopened theatre as a unique and lasting gift this Christmas. 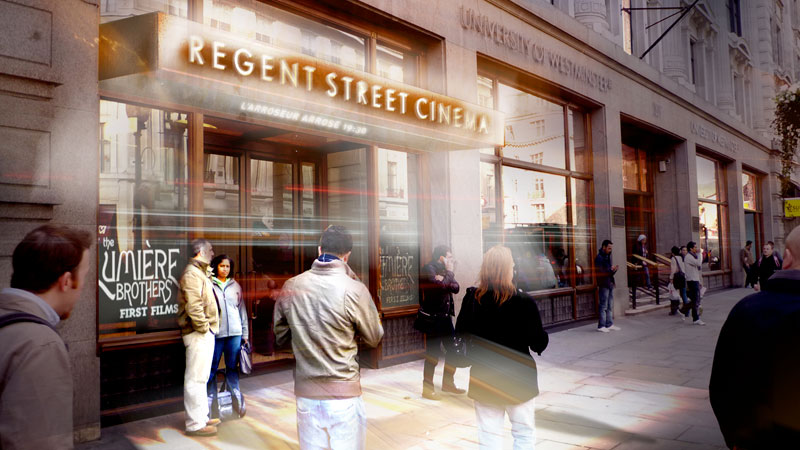 All funds will go directly towards the cost of restoration which is currently being undertaken, helping secure the future of this important venue in British film history that is set to reopen next spring.

Situated in the heart of London’s West End, the University of Westminster Regent Street Cinema is where the first ever performance of moving images, created by the Lumière brothers, was shown to a paying British audience in 1896. Naming a seat at this historic venue will make for the most unforgettable Christmas present for lovers of the world of films while supporting the preservation of British cinema heritage.

Seats are available to name from £750, while a Director’s seat can be named for £1,500, with the possibility of paying in instalments. Naming a seat offers the benefit of a personalised plaque bearing the chosen name for the lifetime of the seat, one-year membership of the newly restored cinema, acknowledgement of support on the Birthplace of Cinema website, as well as an invitation to a special pre-opening screening and reception in spring next year where the seats will be unveiled for the first time.

Regent Street Cinema supporter Sandi Toksvig said: “This is a significant building and it’s wonderful that so many who are passionate about cinema and the history of film want to be a part of it”. Sandi has chosen to name two seats in the restored Cinema as a way for her and wife Debbie “to sit side-by-side in the dark eating popcorn and enjoying films until long after we’ve gone”.

The University of Westminster launched a major campaign in 2012 to restore one of the most important cinemas in Britain to its former glory, reinforcing the University’s position as a leading global centre for excellence in the arts and film production. As a major industry landmark and birthplace of British cinema, the restored Regent Street Cinema and state-of-the-art auditorium will be open to the public in spring 2015 as a unique arts venue for screenings, lectures, workshops and events. The cinema will offer the best repertory programming and be a place to see quality world cinema. Above all, bringing together students and industry professionals will nurture future talent and provide a much-needed platform for our outstanding film students to showcase their work.

Thanks to generous contributions from the Quintin Hogg Trust, the Heritage Lottery Fund and the Garfield Weston Foundation, the University has recently celebrated success in securing 75% of the £6m funding required for the capital project and engagement programme, but just over £1.3m is still needed to restore and reopen the Cinema.

For further information, or to support the project by naming a seat or in other ways, please contact:

For further information on the Regent Street Cinema visit Birthplace of Cinema where you can find details of the restoration project, an account of the Cinema’s history and a short film narrated by actor and University of Westminster alumnus Timothy West featuring an animation of the restored movie theatre.