BBC reporter and news presenter George Alagiah has been named winner of this year’s prestigious Charles Wheeler Award for Outstanding Contribution to Broadcast Journalism. The Award is made each year in honour of one of the BBC’s most celebrated correspondents, the late Sir Charles Wheeler. 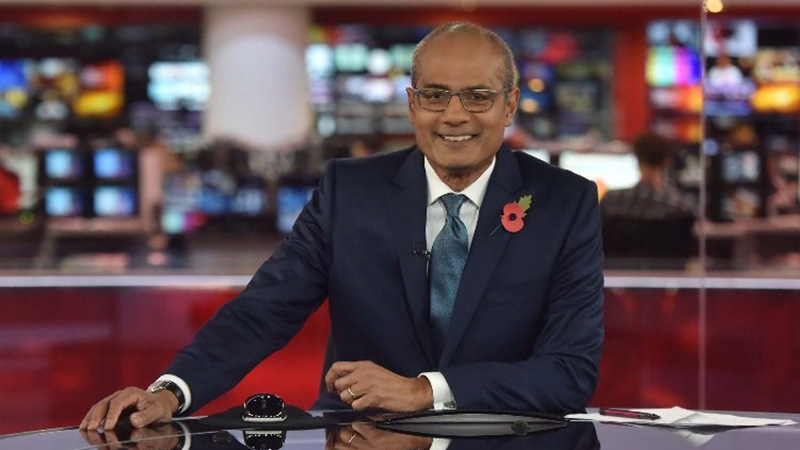 George Alagiah joined the BBC in 1989 and became one of its leading foreign correspondents, reporting on conflicts and human tragedies from India, Brazil, Rwanda, Somalia, Iraq, Afghanistan, South Africa, Kosovo and several other countries. He has reported for feature length documentaries and current affairs programmes, and currently presents the country’s most highly viewed TV bulletin, the BBC Six O’Clock News. He has written two major books, A Passage to Africa (Little, Brown, 2001) and A Home from Home (Abacus, 2006).

The Charles Wheeler Award, a collaboration between British Journalism Review and the University of Westminster, started in 2009 when the inaugural winner was Jeremy Paxman. It is presented each year by Sir Charles’ widow Lady Wheeler, accompanied by the Wheeler family.

The annual award ceremony is hosted by the University of Westminster and will take place this year on 14 June at the University’s newly restored Regent Street Cinema. Presentation of the Award will be followed by a keynote speech from the distinguished playwright and former journalist Sir Tom Stoppard.

Press can attend by requesting a ticket from PR Officer Zsuzsanna Matyak.