Free for all undergraduate and postgraduate students as well as members of staff.

The University of Westminster is proud to present the 2012 World Cinema Month, which will take place at the historic Old Cinema at 309 Regent Street. The festival will be showing four films during March 2012.

For this event, we will be screening foreign language films in Arabic, Chinese and Spanish. Each of these acclaimed films, suggested by lecturers working for the Department of Modern and Applied Languages, will help expand your knowledge of world cinema and provide fascinating insights into other cultures

Entrance is free to all Westminster’s undergraduate, postgraduate and Evening Language Programme students and Alumni, as well as members of staff. No booking is required and seats will be allocated on a first-come, first-served basis.

All films will feature English subtitles. 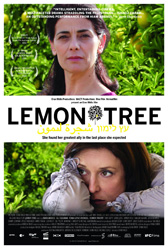 A Palestinian widow stands up against her new neighbour, the Israeli Defence Minister, when he reveals his plans to destroy her lemon tree field.

A seventeen-year-old country boy working in Beijing as a courier has his bicycle stolen and finds the schoolboy who took it. 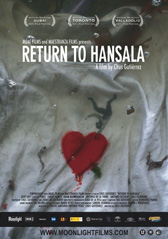 A woman loses her brother in an illegal immigration attempt and must return his body to their homeland. 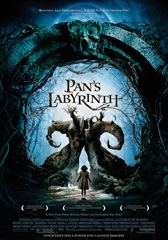 In the fascist Spain of 1944, the bookish young stepdaughter of a sadistic army officer escapes into an eerie but captivating fantasy world.

This original theatre dates from 1848 and was chosen by the Lumiére Brothers to premiere the UK’s first ever public display of moving pictures in 1896.

The University of Westminster is raising funds to restore and transform the birthplace of British cinema, which will reinforce our position as a global centre of excellence in arts and film production and create a new landmark for the British film industry. The building will be open to the public as a lively venue for film-screenings as well as hosting lectures, workshops and events. It will also provide an unprecedented opportunity for students at the University to showcase their work in the heart of London’s West end.