Free film screening of Up in Smoke - 21 February 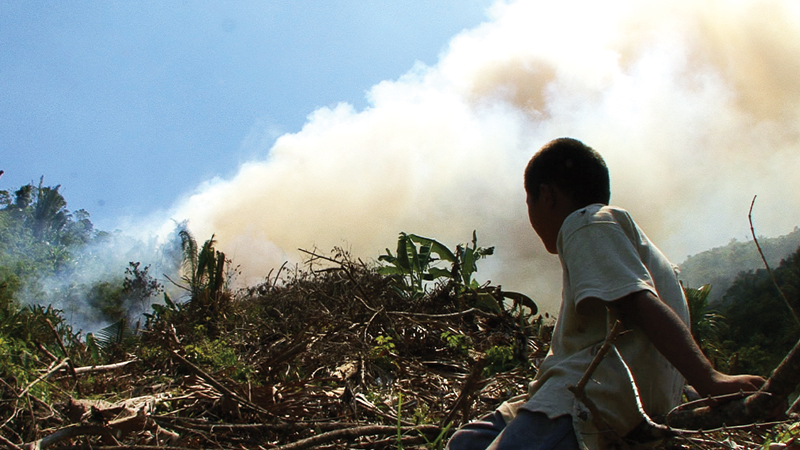 Up in Smoke is a film about a vital part of the struggle for our future. It features the heroic, sometimes quixotic, mission of British scientist Mike Hands to change farming practices that are one of the biggest contributors to tropical deforestation and global warming: slash and burn agriculture as practised in the 20th and 21st centuries.

All students are welcome to attend and entrance is free, but seating will be allocated on a first-come, first-served basis (doors open at 6.20pm).

The film follows Mike Hands, who has laboured for 25 years to perfect a sustainable farming technique to replace slash and burn farming in equatorial rainforests. But developing the technique is only the start. Now he needs to persuade governments, agencies and – most importantly – farmers to adopt it.

Filmed over four years in Honduras and the UK, the film explores the life and death struggle of impoverished farmers who can’t afford to risk adopting a new farming method. It’s a film about our driving need to change what’s happening to the planet’s rainforests, and about the pressures that may prevent that change from happening.

For those of us living and studying in metropolitan London it is a reminder and wake-up call that our comfortable existence is achieved at great cost to others.

For students of language, film and media, Up in Smoke provides insights into the stamina and focus required to bring these issues to our attention through the medium of film.

This screening is hosted by the Department of Modern and Applied Languages and will be followed by a Q&A with Adam Wakeling, the film’s director.

Fill in our registration form to express your interest in attending the screening.