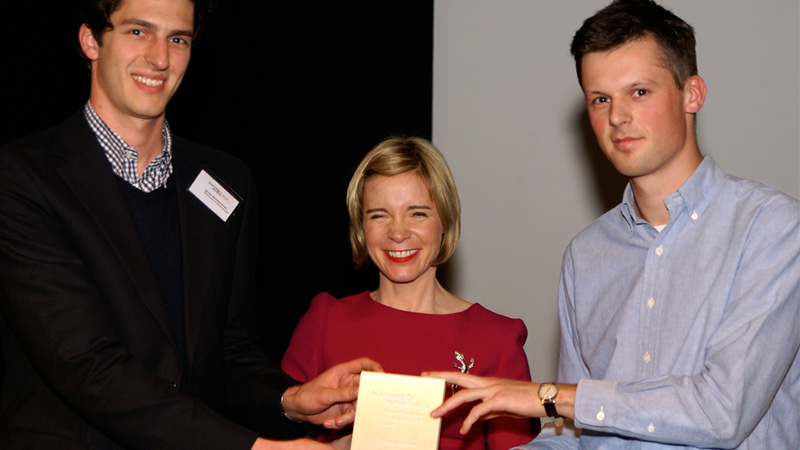 This is the third year in the row that Westminster students have won awards at this prestigious awards ceremony. The awards are the only UK awards celebrating and rewarding excellence in the use of moving image and related media in learning, teaching and research. They took place at the British Film Institute (BFI) Southbank in London on 24 April.

The short film 'Moonlighting', directed by Jonas Zimmermann and produced by Wilf Speller, has already been shown at numerous festivals before winning the BUFVC award. In date order, these are:

Wilf Speller says: "It has been an incredible experience to travel with ‘Moonlighting’ as it has been screened at festivals all around Europe, and it’s terrific to win an award at last. Jonas and I will be heading to Israel where ‘Moonlighting’ has been selected for the Tel Aviv [International Student] Film Festival later this month, where hopefully this luck will continue."