A film written, filmed, produced and directed by students at the University of Westminster has been shortlisted for 2011 Foreign Student Film at the Student Academy Awards taking place in Hollywood on 11 June 2011.

The Miserables is a heart-wrenching yet uplifting drama centred on the relationship between an old couple, and their struggle to express their feelings for one another when one of them is diagnosed with a terminal illness. The lead characters are beautifully played by British acting heavyweights Ian Hogg (Rockliffes Babies) and Maggie Steed (Jam & Jerusalem).

The film was devised and brought to life by a team of undergraduates on the BA (Hons) Film and TV Production degree, lead by Alex Lipman (writer-producer), Ben Wheatley (director) and Cenay Said (director of photography).

Alex Lipman, producer says: “The whole team involved with The Miserables is absolutely delighted to have been nominated for a Student Academy Award which reflects the hard work we dedicated to this project. We are all amazed to receive this level of recognition from Hollywood, and actually to win the award would be beyond belief!”

Course leader Peter Hort said: “This nomination shows that despite working with less than a fraction of the resources of the big film schools, our students can produce work that genuinely affects and moves audiences. ’The Miserables’ is a really mature film, with strong performances and real depth”

The Miserables has already won a number of prestigious industry awards including being named “Best Fiction” at the Royal Television Society Student Awards, “Best Film” at the Screentest National Student Film Festival and winning the Audience Award at the 9th International Film and Video Festival of Beijing 2010. 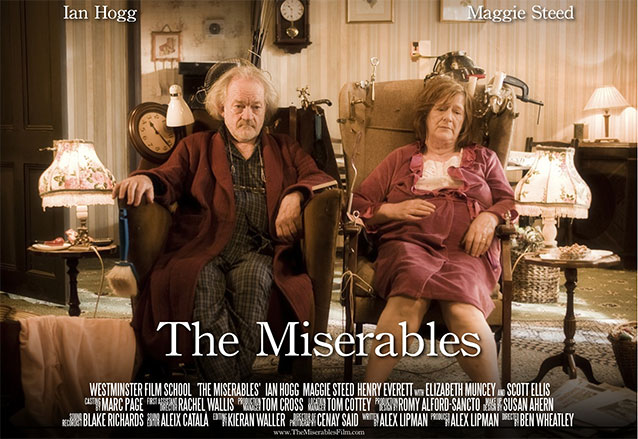