The short film Charity, written, produced and directed by University of Westminster Film and Television Production BA graduates Ellie Gocher and Jimmy Dean, was awarded the Best of the Fest Award at the Greenhorn Short Film Festival 2015. 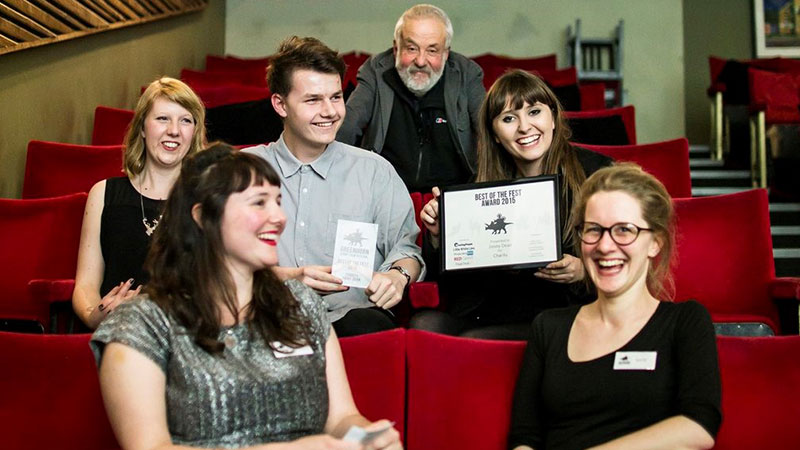 Charity was awarded the Best of the Fest award by acclaimed film director Mike Leigh.

“With a strong female lead, incredibly genuine script and carefully considered cinematography, this is a remarkable filmmaking debut by a young director we’ll be hearing a lot more about,” said Greenhorn Film Festival in an official statement.

“We’re really honoured to have won the award at Greenhorn. It was an incredible experience to meet a director whose films have had such an influence on us as filmmakers, and it’s a really great feeling knowing that people are responding to our film. It was such a nice and welcoming festival, and an experience we won’t forget.”

Set in a run-down coastal town, Charity presents a bleak and barren portrait of a broken family attempting to mend itself. The understated action is given weight by a deep emotional undercurrent, the script is peppered with truthful dialogue, and the whole film is painted in a cold, lonely palette of seaside blues and greys.

The University of Westminster’s Film and Television Production BA degree taught at the Westminster School of Media, Arts and Design based at the University’s Harrow Campus, is one of the best known film and television courses in the world, with an international reputation for its academic and practical teaching.