Four students from the Fashion Design BA Honours course at the University of Westminster will see their designs displayed at a major new exhibition called Fashion & Freedom that opens at Manchester Art Gallery on 13 May. 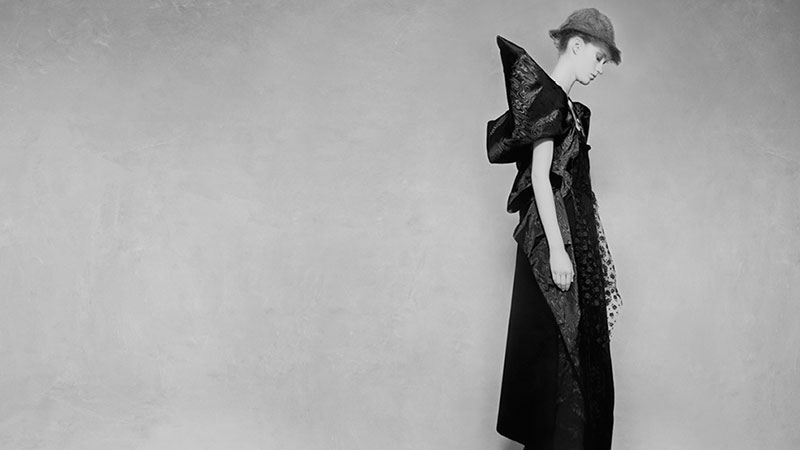 Second-year students Morgan Davies, William Howell-Jackson, Wendy Leong and Charlotte Malyon each created an outfit working on the theme of ‘Restriction & Release’. William Howell-Jackson’s outfit was chosen as the main image of the exhibition publicity and features an elongated tailored jacket over a net dress.

Fashion & Freedom at Manchester Art Gallery will take place between 13 May and 27 November 2016. It will see some of today’s leading female fashion designers explore the impact the First World War had on the changing role of women and fashion.

Speaking about the exhibition, William Howell-Jackson said: "I'm very grateful to the Manchester Art Gallery for choosing to exhibit my work and have always appreciated museums and galleries as pure spaces in which to appreciate the craftsmanship and beauty of fashions up close. I thank Westminster for the fantastic studios that we have the opportunity to work within. Without these facilities it wouldn't be possible to produce the work that we do. I am also very grateful to both Stephanie Cooper and Robert Leach who tutored the project and who offered me their constant support and criticism."

The next generation of fashion designers were inspired by the two physical extremes women faced within fashion, from the pre-war tight fitted corsets (Restriction) to the soft free-flowing silhouette post war (Release). The theme ‘Restriction & Release’ will also help explore the social and political barriers women endured at this time, including fighting for the right to vote.

In other film news, Kraina, along with two more of last year’s graduation films, was nominated at the British Universities Film & Video Council (BUFVC) Learning on Screen Awards. Kraina was nominated in the Student Production Documentary Award category, and Offside and Grandma’s Big Schlep were nominated in the Student Production Undergraduate Award category. Offside, made by 2015 graduates Jimmy Dean (director), Ellie Gocher (producer/writer), Martin Jensen (DoP) and Sophie Thompson (Editor), will be screened at the Tel Aviv Film Festival in June.

Find out more about the Fashion Design BA Honours course.