Fashion Design student Mekala Fuller has been shortlisted for the International Talent Support (ITS) 2018 taking place in Trieste, Italy. 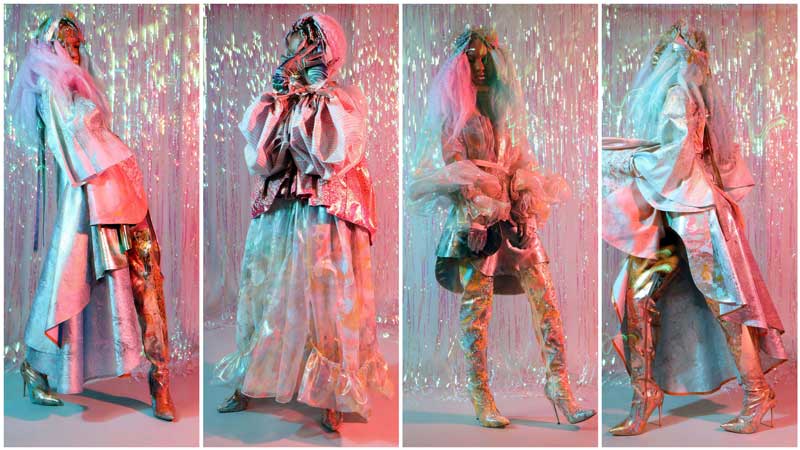 International Talent Support, which was launched in 2002, is one of the most recognised platforms to showcase and support the strongest young fashion, accessories, jewellery designers and fashion artwork and illustrators in the world. This year, finalists were challenged to create ‘bold’ and ‘incredible’ artworks highlighting the theme of ‘courage’.

Mekala’s work was shortlisted from more than 900 portfolios from 80 countries for this year’s ITS artwork category, a category created by Swiss watchmaker Swatch focusing on pure artistic creativity.

Mekala and other selected finalists will develop an artistic brief and will be invited to showcase their work at the award ceremony taking place on Wednesday 27 June in Trieste. Swatch will provide support in the amount of €500 to all the ITS Artwork Finalists for their special projects. The winner of the Swatch Award will receive a cash prize of €10,000 and a six months paid internship at the Swatch LAB in Zurich.

The jury, who will judge the awards, is comprised of the most respected names in the fields of art and design and includes designers, opinion leaders, trendsetters and more. This year’s selection panel includes numerous media notables such as Tomorrow London’s Chief Executive Stefano Martinetto, Simone Marchetti, Fashion Editor of La Repubblica, Angelo Flaccavento, a Sicilian-based Fashion Critic and Sara Maino, Deputy Editor in Chief of Vogue Italia and Head of Vogue Talents.

Carlo Giodanetti, Creative Director of Swatch International and member of this year’s jury, described the finalists artwork as: “An exciting melting pot of cross-cultural energies. A new attention to details in an effort to celebrate craftsmanship while embracing monumental proportions. The lightness of transparency and translucency opening a door to a future of renewed innocence."

Find out more about the Fashion Design BA Honours course offered at the University of Westminster.