Westminster Fashion Design BA graduate Ashley Williams has had a busy week this week, dressing Rihanna in outfits from her graduate collection for her London gig last Monday as part of her 777 tour, which saw her travelling in her own Boeing 777 to seven different countries over seven days, to perform seven different concerts. 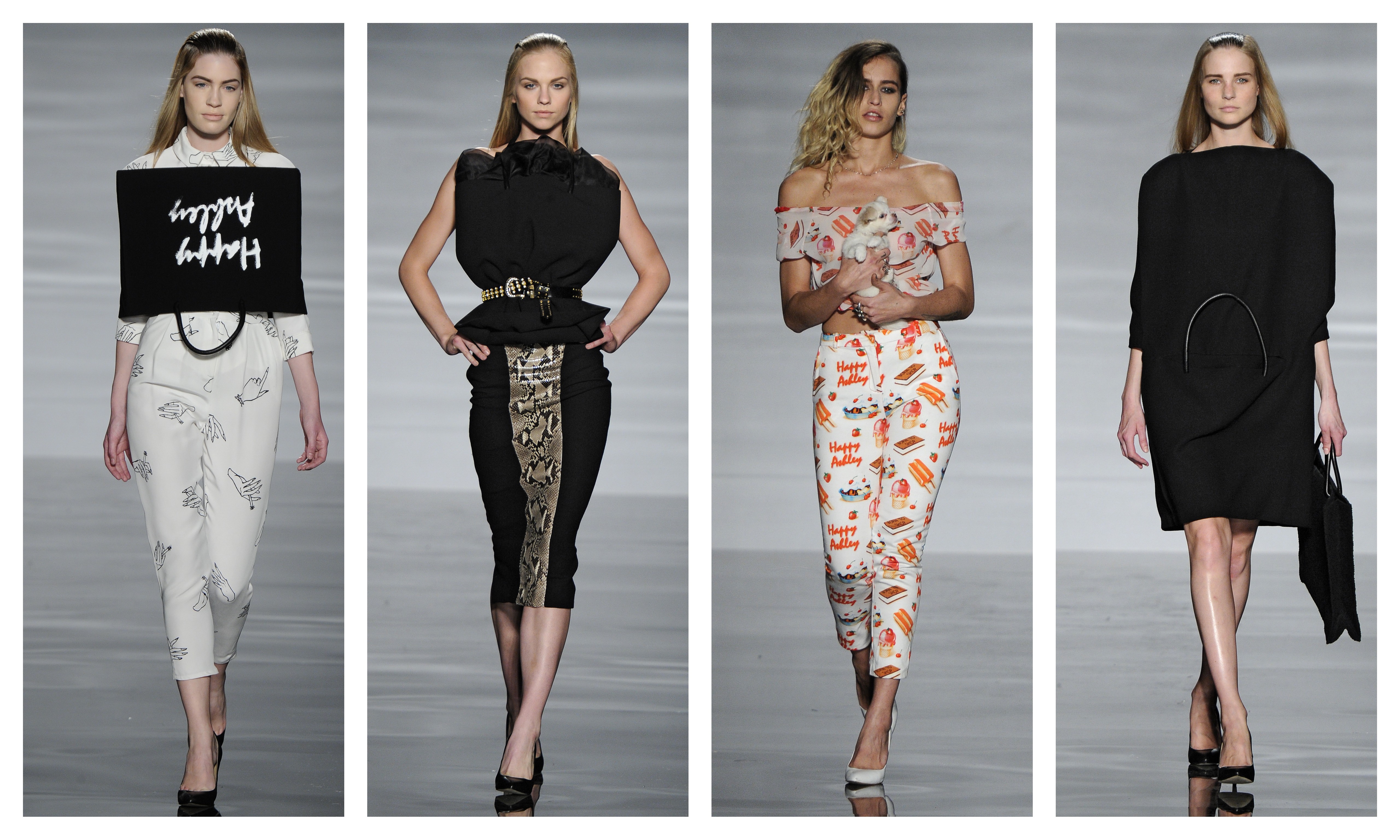 Ashley Williams has already seen her designs worn by a whole host of fashion names since her graduation show in May, including Alice Dellal, Pixie Geldof and Rita Ora. While last month i-D magazine ran a four-page article on her featuring her graduate collection and predicting her to be one of the fastest rising stars of London fashion.

Burns then enlisted the help of "some very good friends" - namely recent University of Westminster graduate Ashley Williams, whose colourful printed creations garnered her a celebrity following before she had left university. This designer bear sold at auction last week for over £8,000.

Andrew Groves, the Course Director for the Fashion Design BA, said “Ashley's ability to create highly desirable and wearable fashion has already seen her gain praise across the fashion industry and gained celebrity fans and stockists worldwide, including Los Angeles and Japan. Like the fashion press, we predict great things for her, and we’re excited to see what she does next. “