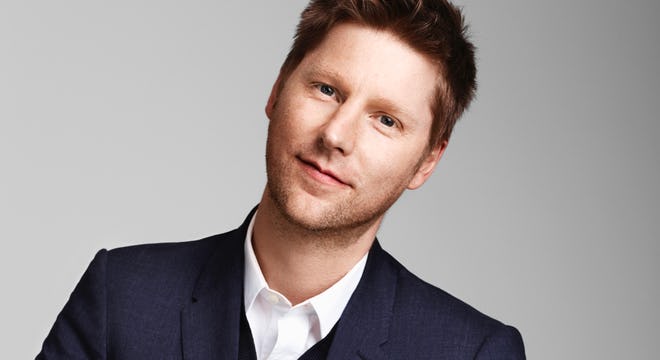 Christopher Bailey graduated from the University of Westminster in 1993 from the Fashion BA Honours course. In May 2014, Christopher was appointed Chief Creative Officer and Chief Executive Officer of Burberry.

In October 2017, Christopher announced he was to leave Burberry by the end of 2018, with his final collection being shown at London Fashion Week 2018. He has also previously worked at global brands Donna Karan and Gucci.

Presented on 17 February, his final Burberry A/W18 collection used the colours from the LGBTQ+ flag featuring in the iconic check that Burberry is known for. Christopher dedicates his collection to LGBTQ+ communities as now is an important time to say our strength and creativity comes from within our diversity. The highlights of the collection include the iconic check cashmere scarf featuring the rainbow, the famous reinvented trench coat and a floor length faux fur rainbow cape.

The collection is not the only show of support that Burberry will supply to LGBTQ+ communities – the brand is to make donations to LGBTQ+ charities Albert Kennedy Trust, the Trevor Project and ILGA. The donation will support mobility and tackling homelessness, and help raise the voice of people within LGBTQ+ communities.

Christopher commented on his time at the University of Westminster saying: “The experience I gained (at Westminster) surpassed all my expectations and prepared me fully to start my career as a professional designer in the fashion industry. The course was both creative and technical in its approach and, though the three years were demanding and hard work, the excitement and the results were totally worthwhile."

Burberry is yet to announce the successor of Christopher Bailey.

Find out more about the Fashion Design BA Honours course offered at the University of Westminster.

Find out more about Christopher Bailey.