A collaboration project between the University of Westminster and charitable organisation Friends of St Mark’s Hospital culminated in an exhibition to brighten up hospital spaces. 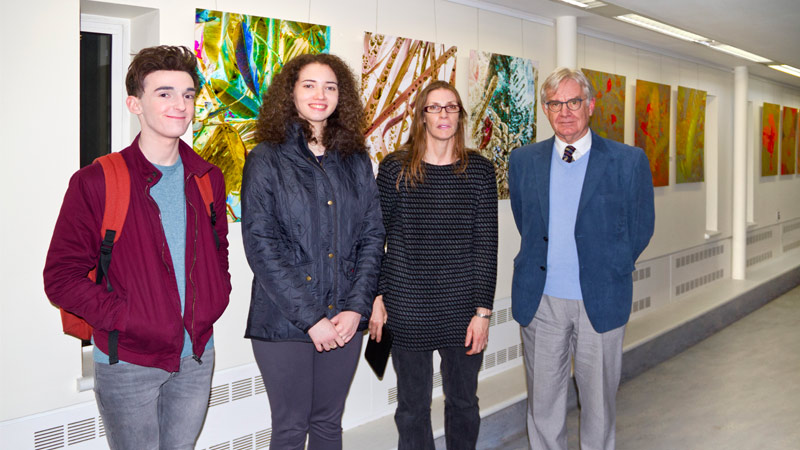 The exhibition, titled a Menagerie of Modern Nature, revealed students’ personal connection or day-to-day relationship with nature through the means of visual art work, which is now on display in and outside St Mark’s Hospital, including the building’s Link Corridor.

The idea of creating art for a good cause attracted a wide interest from students and the initial plan to get students from just one course involved expanded, with the project eventually opening to students from all Visual Arts courses.

By contributing to the Menagerie of Modern Nature with their work, students were also provided with an opportunity to satisfy the learning outcomes of their programmes, particularly for modules which had an externally facing or entrepreneurial aspect.

Speaking about his decision to get involved in the project, Sam Anthony, a student on the Documentary Photography and Photojournalism MA course, said: “I was excited to read such a specific brief for such an important audience and as anyone who has ever been in hospital knows they are pretty dreary places.

“So it felt like I had the perfect opening for an image that is so perky and green it’s almost vulgar! But in a hospital its vibrancy is balanced by the rest of the environment. Add to that the chance to work at scale and it was irresistible.”

Karina Kaye, student on the Fine Art Mixed Media BA Honours programme, said: “I was inspired by the call to make work because it was for charity and for a hospital environment.”

The exhibition has already received a positive response from visitors and staff at the Hospital and the University was also approached with a proposal for students to help enliven a refurbished Ward in October this year.

Senior Lecturer Emma Dodson, who arranged the exhibition from Westminster’s side, is currently facilitating another collaborative project with the Arts in Health charity and the Mental Health Unit at Northwick Park Hospital.

Running for a second year now, students will once again be able to make a positive change by using their artistic skills. Last year, they designed workshops to engage mental health service users in creative activities and used the  produced designs, art work and sculptural pieces to rethink and give the garden space in the mental health unit a new look.