On 15 June 2016 the University of Westminster hosted an appeal by Nick Clegg for young people to vote in the EU Referendum. The event was organised by the Department of Politics and International Relations, MyLifeMySay and the Alumni team. 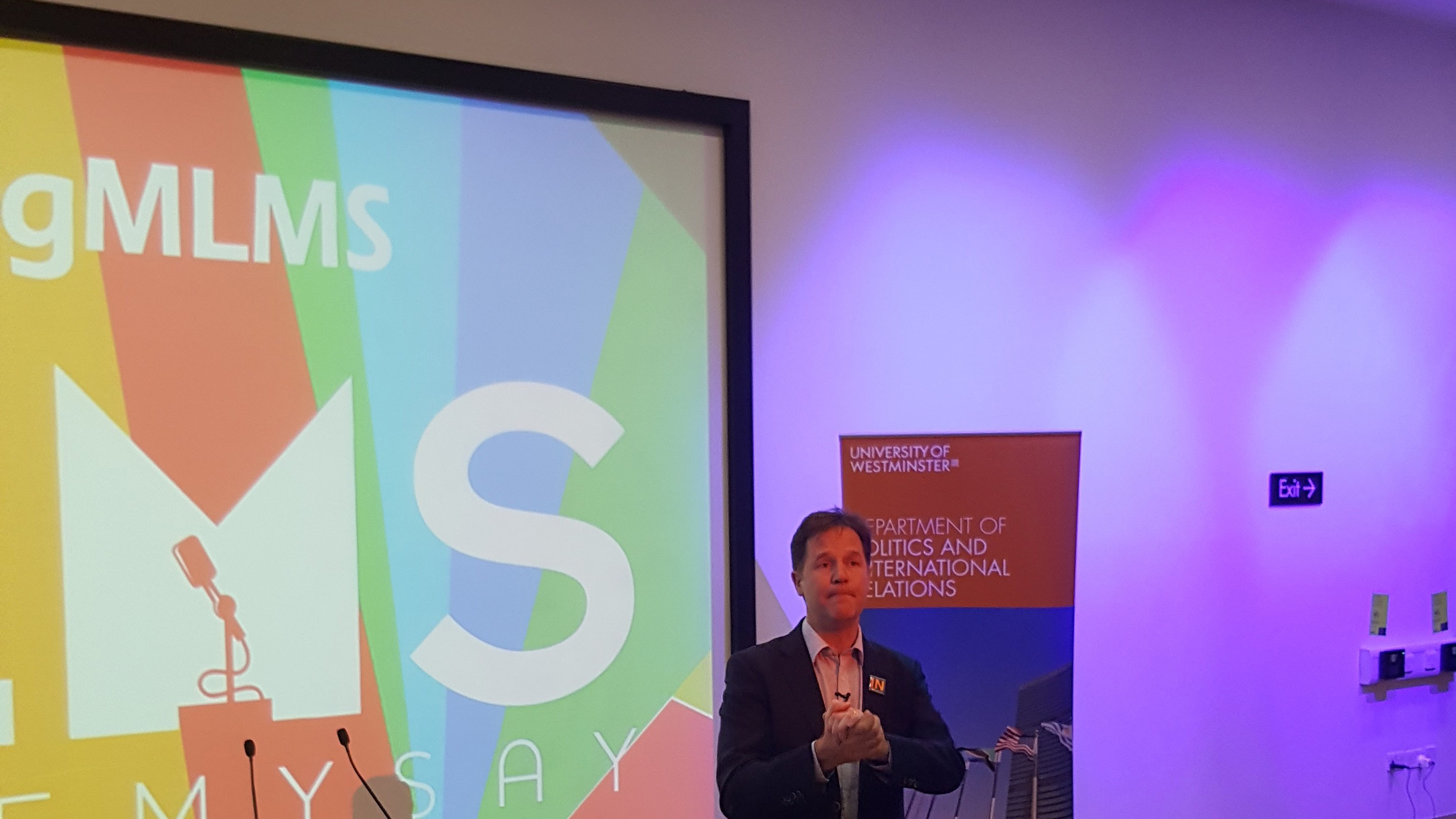 Over 300 graduates, current undergraduates and applicant students attended the event. Nick Clegg spoke eloquently and answered audience questions effectively on the need for the United Kingdom to remain part of the European Union. He argued, conversely to the position of the Leave campaign, that the UK has more control over its sovereignty by remaining part of the Union. He also warned that disintegration of the United Kingdom is a real prospect if Brexit is the outcome of the vote. He encouraged young people to take control of their destiny by voting on 23 June.

“As a Department committed to promoting not only research and teaching excellence but also public engagement, we were delighted to work with one of our alumnus to make the event possible on a subject that will shape the future of our students’ generation”, said Professor Dibyesh Anand, the Head of Department of Politics and International Relations.

The organisers of the event were Khayer Chowdhury and Mete Coban of MyLifeMySay, Lorna Pontefract of the Alumni team, and Rob Macmaster of the Department of Politics and International Relations.

The above photograph is by Arron Gatley, third year student of History and Politics.

View more photos of the event