Emmy the Great discusses Westminster and the road to success

Emmy the Great, who studied Contemporary Music at the University of Westminster, spoke to the Guardian about breaking into the music industry and her time at Westminster. 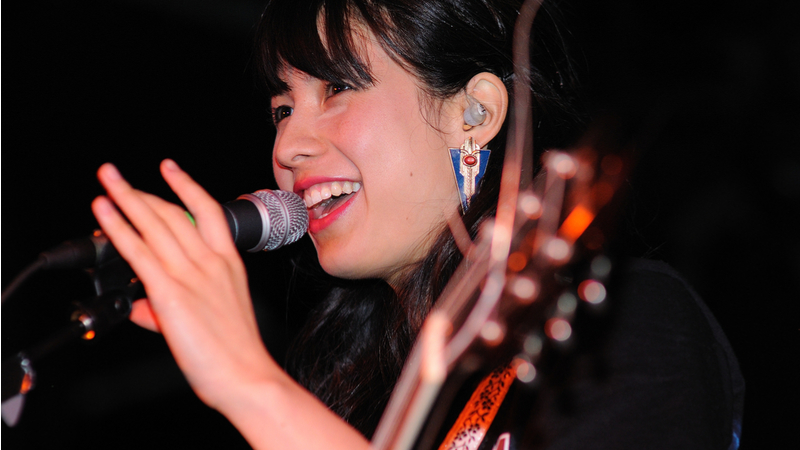 Emma-Lee Moss, known by her stage name Emmy the Great released her third studio album Second Love in 2016. She was born in Hong Kong to an English father and a Chinese mother. Her first appearance as a singer was on Falling off the Lavendar Bridge by Lightspeed Champion. She emerged as Emmy the Great in 2006, when she released a series of free demos over the internet, while studying Contemporary Music at the University of Westminster.

Speaking about her time at the University, Emmy said: “Westminster was a highly social and nurturing environment, where I formed bonds that continued as I entered the music industry. Friendships made in the student body and teaching staff have kept me grounded, and we are still able to offer each other advice and support, many years later. What strikes me now about my years on the Commercial Music course is the diversity and the collaboration. I am so glad I was able to have that experience in such important, formative years."

In the Guardian, Emmy said: “At Westminster I never felt like an outsider, so I was unprepared when I entered the music world and was confronted with my identity in the press, or in the gaze of gatekeepers such as record label execs. It took a long time to figure out that some obstacles are not related to your ability or your willingness to work hard.

“Remember the context of the world you’re trying to succeed in. Don’t despair if your path is not immediately obvious, or doesn’t open up as quickly as it does for others. You might have to work harder, and create networks of your own, but it will happen.”

Emmy began writing her debut album, First Love, in "dilapidated studios" owned by The Earlies in rural Lancashire and released it in February 2009. The album was ranked at No.7 on The New York Times’ "Best Albums of the Year 2009.”

Earlier this year Emmy returned from China where she was part of the British Council and PRS Foundation's Music in Residence China programme. She was in Xiamen in Fujian Province and worked between the city and a tiny, pedestrian-only island called Gulangyu.

“I was there to write an album that told the story of Xiamen as it exists now, encompassing the ghosts of its former lives, and its status today as one of the fastest growing cities in the world.”