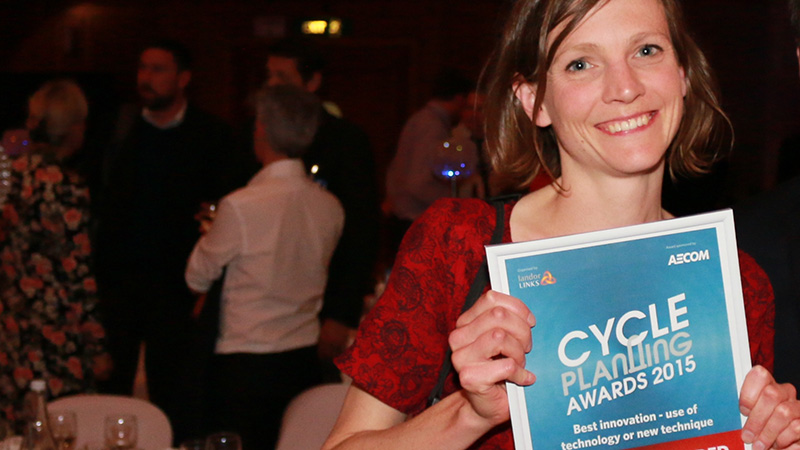 The annual ESRC Celebrating Impact Prize is an opportunity to recognise and reward researchers whose work has made a real difference to society or the economy. The prize is awarded to ESRC-funded social science researchers who have achieved impact through outstanding research, collaborative partnerships, engagement or knowledge exchange activities.

Dr Rachel Aldred’s research on the benefits of cycling investment influenced Highways England’s new Cycling Strategy, which pledges £100m to ‘cycle-proof’ strategic roads between now and 2021. Her report for British Cycling, Benefits of Investing in Cycling was sent to all MPs and encouraged Highways England – not traditionally known for cycling investment – to commit funding to cycling on its network.

Speaking about being nominated for the awards, Dr Aldred said:

"It's exciting to see my research recognised for making a contribution to positive policy changes, and to be helping to develop new tools for government and other stakeholders. I get my work out to the public and policy-makers through a lot of stakeholder engagement, such as talks, organising events, and media activities. It's often hard work but it's worth it."

Creating an evidence-base for cycle planning, both in terms of locating demand and evidencing benefits, is at the heart of Rachel’s work. She is currently advising the Department for Transport (DfT) on its new cycling and walking strategy, through her involvement in the high profile, award-winning DfT-funded project National Propensity to Cycle Tool. This is being used across England to predict potential levels of commuter cycling in specific areas and on the route network. It will also be able to predict health benefits from increasing commuter cycling on specific routes and/or areas.

Dr Rachel Aldred is the Course Leader for the full and part-time Transport Planning and Management MSc at the University of Westminster.