Dr Ioannis Glinavos, Senior Lecturer in Law at the University of Westminster, has presented his research paper on Brexit Lawsuits at the European Bank for Reconstruction and Development (EBRD), stating that in theory foreign investors could have grounds for suing the British government for the consequences of Brexit. 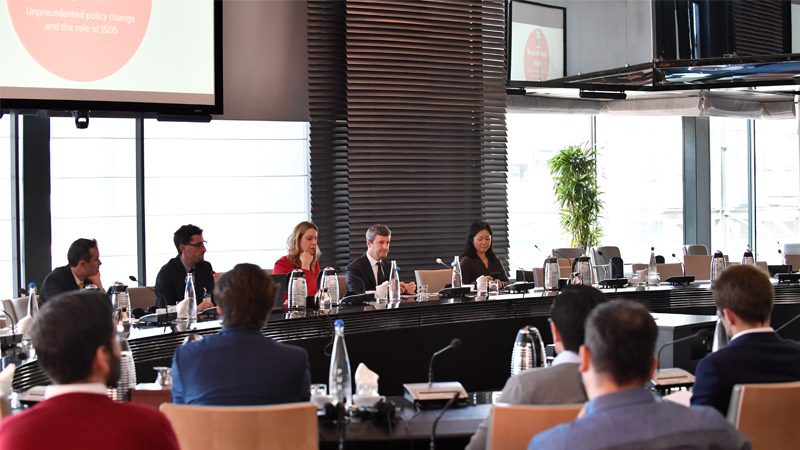 The session aimed at answering one of the many concerns raised by the UK’s pending withdrawal from the EU, which is whether an investor feeling aggrieved by Britain’s decision to leave the EU could bring a claim in an investor state dispute settlement (ISDS) tribunal.

The event addressed whether the UK’s exit from the European Union could trigger viable investment arbitration claims against the UK under its bilateral investment treaties and free trade agreements with countries around the world; the likelihood of success of such claims in light of past claims brought against Argentina and Spain in relation to changes to their legal and regulatory frameworks; and the types of assurances that prospective foreign investors could seek from the UK to safeguard their investments.

Dr Ioannis Glinavos presented his paper which explored how the Fair and Equitable Treatment (FET) standard and the idea of protecting the investor’s legitimate expectations could form the basis of a claim against the UK government for the consequences of Brexit.

His paper was then discussed by a panel of experts including Markus Burgstaller, Partner at Hogan Lovells, Luis González García, Member at Matrix Chambers, and Linda Yueh, Fellow in Economics, St Edmund Hall, University of Oxford, and Adjunct Professor of Economics, London Business School.

Speaking about his presentation, Dr Glinavos said: “ISDS claims against the UK are a possible outcome of a potential hard Brexit. They will significantly complicate an already difficult business environment. The message for policy-makers is that a no-deal Brexit exposes the country to significant legal risks.”