Dr. Andrew Smith, a Reader in the Faculty of Architecture and the Built Environment, gave the opening presentation at a prestigious Summit organised by the World Union of Olympic Cities in Lausanne, Switzerland. 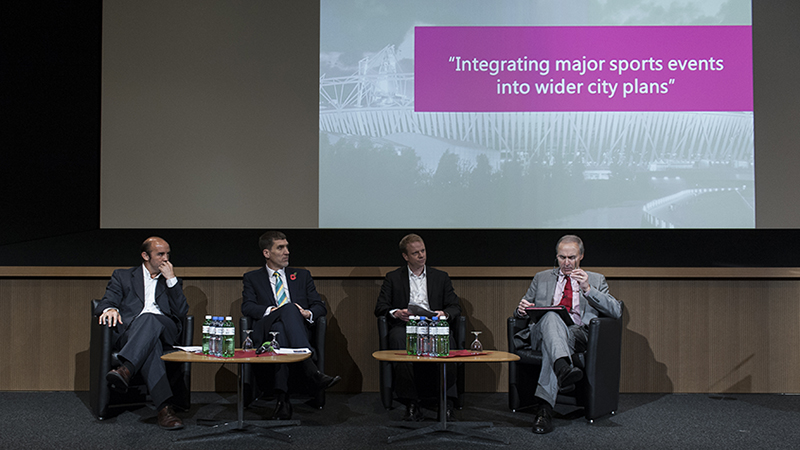 The two day event was organised for representatives of cities interested in learning more about effective and smart strategies that connect sport and cities. Dr. Smith (pictured second from right) has published widely on the relationship between sport events and urban development.

Andrew spoke about his research and used his speech to emphasise the importance of integrating projects within wider city plans. His introductory presentation was followed by case studies delivered by Iain Edmundson, Head of Major Events at London and Partners (second from left in picture), and Francisco Irarrazaval (far left) who is responsible for co-ordinating the 2018 Youth Olympic Games in Buenos Aires. This high profile conference also featured presentations by Michael Payne - the marketing professional credited with the turnaround of Olympic Games - and a motivational speech by Michael Phelps’ coach.

The audience was made up of representatives from former Olympic hosts and from people representing other cities interested in staging major sport events in the future.