The University of Westminster has honoured Dame Heather Rabbatts, whose stellar career covers law, politics, media and sport, at the graduation ceremony for Westminster Business School on 11 July 2017. 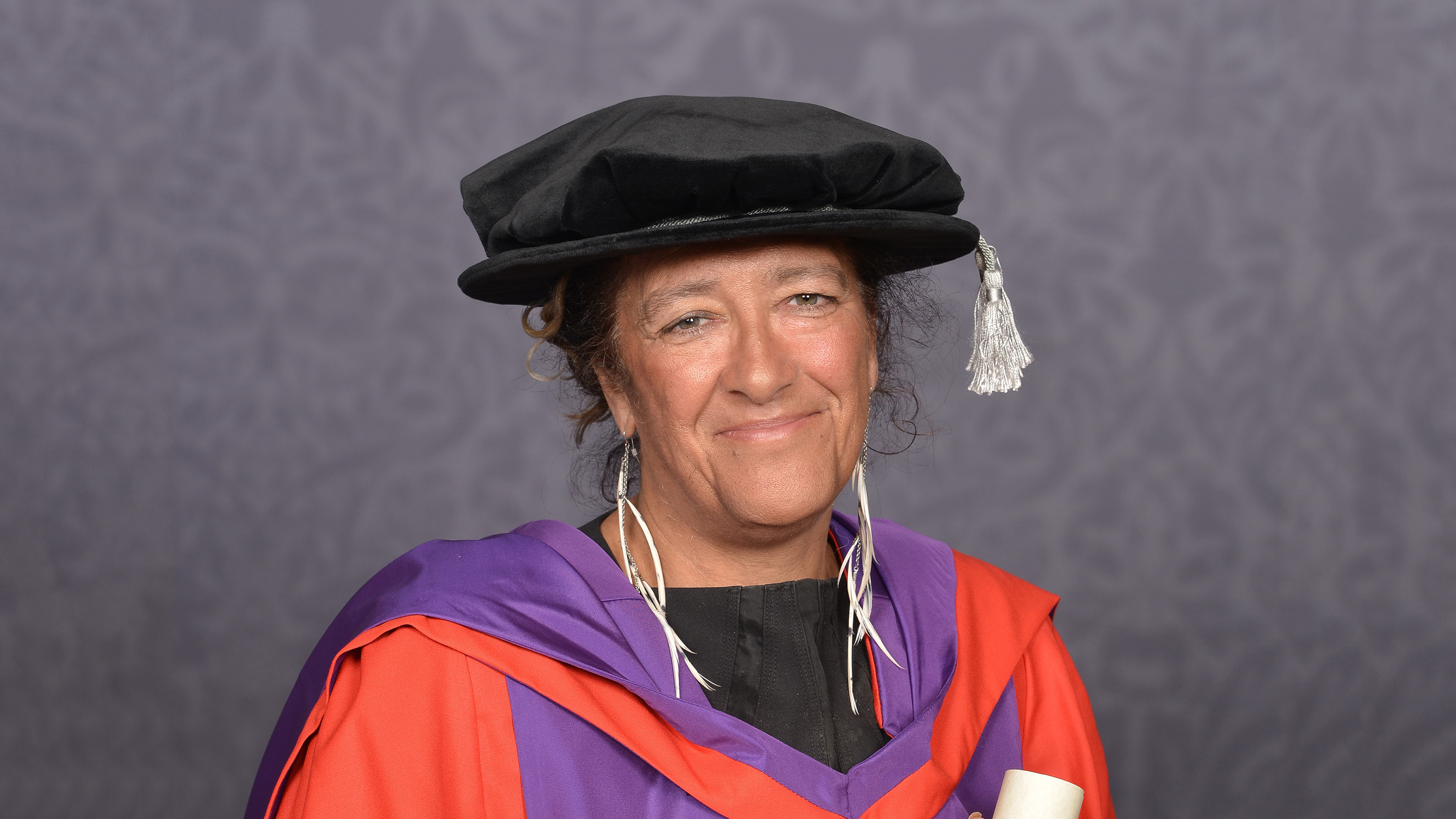 Her wealth of experience across different sectors and disciplines is the embodiment of the University’s interdisciplinary culture. In 2016 she was awarded a DBE in the New Year Honours list for her services to football and equality.

Rabbatts, born in Kingston, Jamaica, was educated at the London School of Economics and at Westminster’s predecessor institution, the Polytechnic of Central London. In 1987 she moved into local government work at Hammersmith and Fulham, becoming the youngest local authority Chief Executive. Rabbatts went on to run the London Borough of Lambeth introducing a dynamic culture with new efforts in housing, education and council tax collection, and was widely credited for establishing a fundamental and positive change in the organisation.

Rabbatts moved out of local government in 2000, joining Channel 4 as Head of Education in 2001 where she commissioned programmes and projects and introduced a range of talent development initiatives. One of Rabbatt’s most prominent roles was as Chair of Millwall F.C, a role she began in 2006 to oversee the restructure of the club, then went on to support regeneration in the area and saw the club promoted to the Championship.

In 2011 she became Director of The Football Association, becoming the first woman to be appointed to the board, a position she held until this year. She served on The FA’s Remuneration Committee as an independent director and chaired The FA’s Inclusion Advisory Board.

Westminster is proud to honour our alumna with an Honorary Doctorate to celebrate her distinguished career and the advancement of women in sport.

Accepting her award, Dame Heather said: “It’s so great to see so many young people, and especially young women, who are benefitting from a fantastic education which enables them to enter the work arena and the next stage of adulthood with confidence, depth of knowledge and creative thinking.”

Professor Malcolm Kirkup, Dean of the Westminster Business School said: “We are delighted to honour Dame Rabbatts with this award, as she is an advocate of so much that we believe in.  Given the breadth and depth of her career contributions, and particularly her championing of women in business and sport, she is an important role model for our students.”