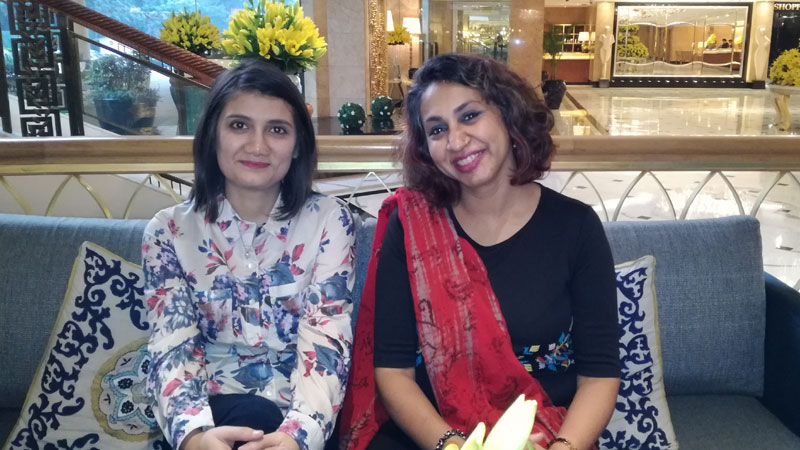 Based in New Delhi, The Bhor Foundation is a new, not-for-profit trust that launched last year. The charity was founded by Jhilmil Breckenridge who graduated from the English Language and Creative Writing MA course in 2016 alongside fellow alumna Namarita Kathait. While at the University of Westminster, Jhilmil and Namarita bonded over their shared beliefs for mental health advocacy, and the pair have since returned to New Delhi to devote their time to growing the reach and impact of the Bhor Foundation.

One of the first projects which Jhilmil and Namarita are undertaking is to curate and edit an anthology of stories from people who have experienced or been affected by mental health issues. The anthology aims to give a platform to previously unheard stories, and to raise awareness of the tasks faced by caregivers of those affected.

The second project aims to introduce poetry therapy into prisons and asylums in New Delhi. Jhilmil and Namarita have devised a proposal for a series of workshops which would teach prisoners and mental health patients how to understand and write poetry, and more specifically, use it as catharsis to heal. The project aims to address long term rehabilitation and recovery in inmates.

Speaking of the project, Jhilmil said: “We are particularly interested in the connection between imprisonment and mental health. Many prisoners are affected by mental health illnesses that may manifest before, during, or after imprisonment. Poetry workshops can provide a more holistic means of mental health treatment, and have been used in other countries with great success. This is a very new territory for mental health treatment in India, but I believe it is necessary if we are to promote a culture of holistic treatment and long term recovery for all of those affected.”

In addition to their work with The Bhor Foundation, Jhilmil is the Editor of The Woman Inc in New Delhi, a platform which provides support to and raises awareness of women and children affected by domestic violence. Namarita is content writer for Infinia Retail.

Jhilmil and Namarita reflect on their time at Westminster fondly. Namarita said: “My time spent at the University of Westminster, London was exactly what I hoped for. All the stories I read about London in the books and literature felt real as I became a writer/student in the city.

“One thinks writing cannot be taught but as I lived life while pursuing a masters at the University, I became a greenhouse of experiences that started reflecting in my writing. London has taught me poetry and I am thankful for the University of Westminster for providing me with the scholarship that helped me financially. I also had fabulous learning time with my teachers.”