The event, ‘China’s International Relations and Economic Strategies: Perceptions of the UK and China’, is one of the sessions of the CMC organised three-week briefing on UK politics and media for senior officials. 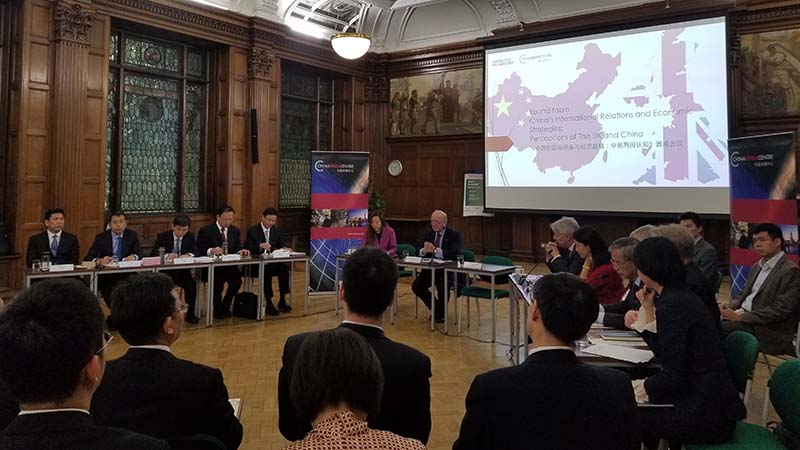 Held on 26 October at the Regent Street campus, the roundtable saw the Centre cooperating with Her Majesty’s Government departments, think tanks and organisations such as The Royal United Services Institute (RUSI) to provide a first-class experience for both sides.

The University of Westminster’s China Media Centre organises many briefings and professional development courses for media editor and producers. The Centre was launched in 2005 by Sun Yusheng, Vice-President of China Central Television (CCTV) and Jeremy Paxman, Presenter of BBC’s Newsnight.

It studies the world’s largest media system and was the first international unit under the wider umbrella of the Communication and Media Research Institute (CAMRI), which has since attracted Indian, Arab and other media centres of research.

Find out more about the China Media Centre.