The Award recognises the Centre for the Study of the Production of the Built Environment’s (ProBE) contribution and collaboration in the research programme, ‘Adapting Canadian Work and Workplaces, an international perspective’ (ACW). 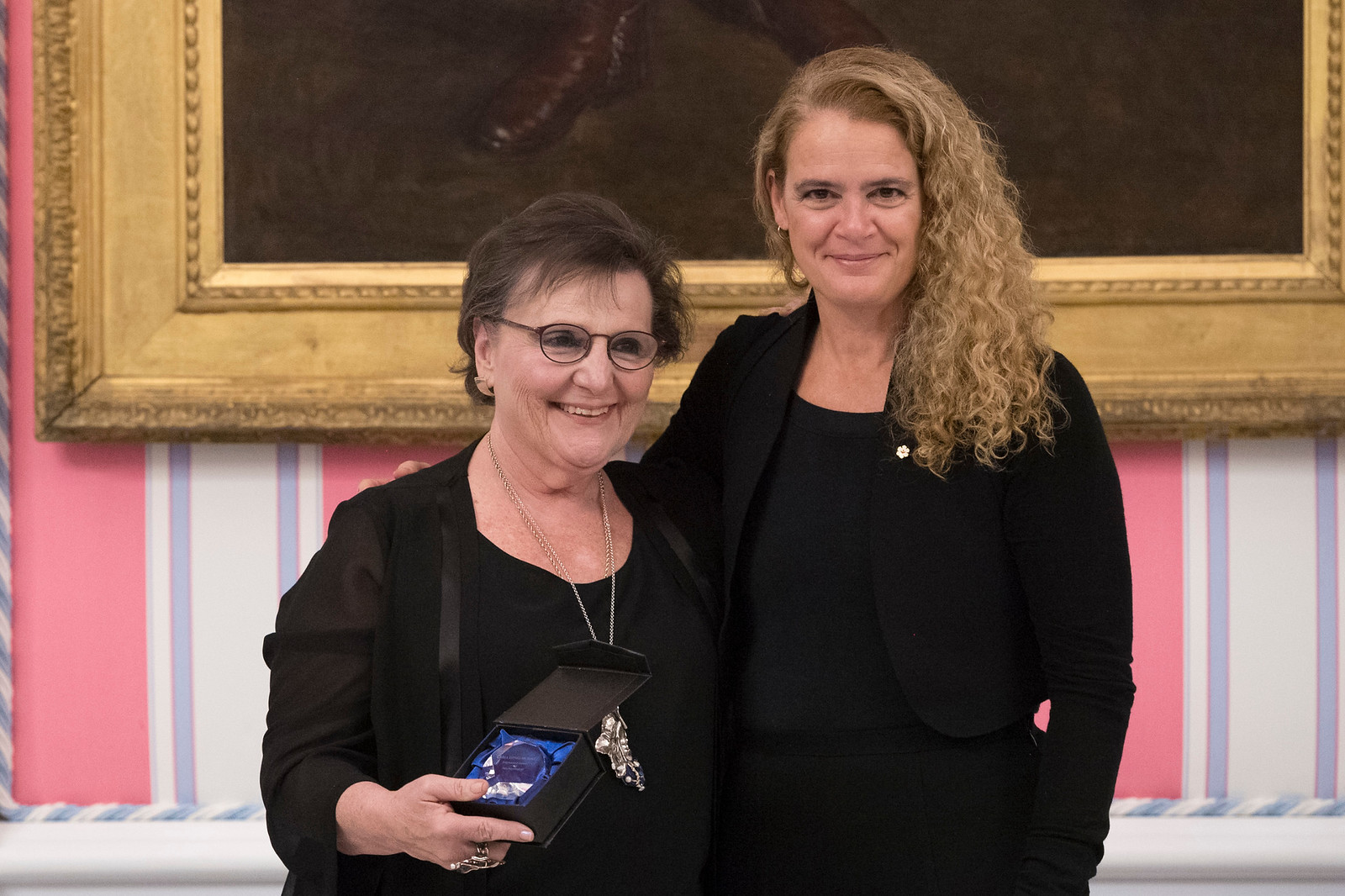 Led by Professor Carla Lipsig Mummé (above) of York University in Toronto, ACW is a seven-year research programme funded by the Canadian Social Sciences and Humanities Research Council (SSHRC) at $2.5 million (plus an equal amount of matched funding), aiming to explore global warming and the role of organised workers as a force for adaptation.

Following an announcement of the ACW Award in the Canadian Parliament, the Awards ceremony was held in Ottawa on 3 October at Government house, the official residence of the Governor General of Canada, Her Excellency the Right Honourable Julie Payette. The Partnership Award was presented to Professor Lipsig-Mummé on behalf of all those involved in the programme. The four ACW Associate Directors were also present at the event.

The programme challenges how diverse workplaces can adapt in order to diminish greenhouse gases, while questioning what changes in law, policy and design would help in ‘greening’ different work environments. ACW is currently developing three databases called Green Collective Agreements, Green Education and Training and Green Initiatives which have already been recognised as having a significant impact on trade union policies and improving climate change in the US, Canada and Europe.

“The Ottawa event was an amazing occasion. It is great to see the research we are doing on Climate Change and Work in ProBE, and the work of the University as a whole, receiving this international recognition. Given that 80 per cent of greenhouse gas emissions are produced by human activity, climate change targets cannot be met without the active engagement of labour, in particular the trade unions. The ACW programme is showing how this can be achieved.”

The Partnership Award, valued at $50,000, helps fund activities that promote and extend the ongoing work and research. It is awarded as a recognition for impact within and beyond the social sciences and humanities research community through mutual cooperation and shared intellectual leadership.

Find out more about the Centre for the Study of the Production of the Built Environment.