It is with great sadness that we inform you of the death of Professor Geoffrey Petts, former Vice-Chancellor and President of the University of Westminster, who passed away peacefully at The Royal Marsden Hospital in London on Saturday, 11 August 2018. 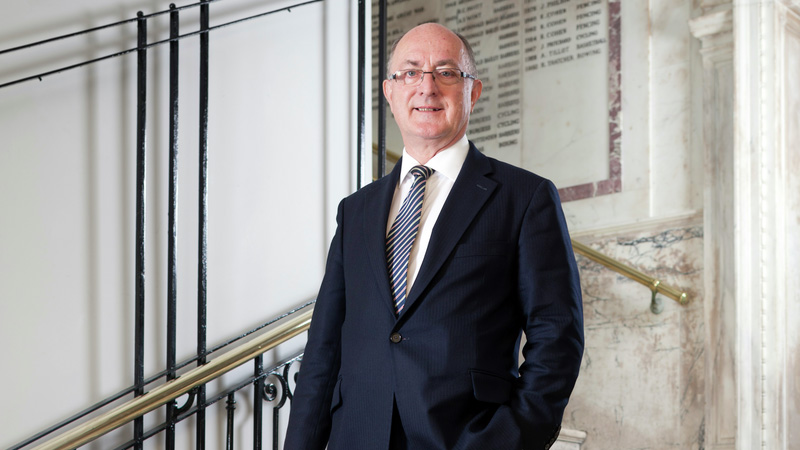 Professor Petts was appointed Vice-Chancellor in 2007 and retired in 2017. During his ten year period of office, Geoff worked tirelessly to promote a distinctive approach and culture in the University supporting fundamental and interdisciplinary research underpinned and informed by developments in practice.

There was major progress in building up areas of excellence, with Media and Communications and Art and Design in the world top 50; Architecture and the Built Environment in the world top 150; and English at world top 200. He sustained the University’s leading position in widening participation and in promoting diversity at all levels and in all areas. He developed global partnerships, including with the Smithsonian and Johns Hopkins; and, through his commitment to the Westminster International University in Tashkent, he promoted British education and British values in Central Asia.

His legacy is also evident in the restoration of Westminster’s heritage buildings and spaces, including the iconic Regent Street Cinema and the Ambika P3 Exhibition space.

Geoff was the elected Chair of London Higher from 2014-2017. He was also Chair, from 2010-13, of the Board of PODIUM, which was responsible for engaging and coordinating support from universities and FE colleges across the UK for the London 2012 Olympic Games, and Chair, from 2010-17, of the Universities UK Ratings Group leading delivery of the Framework Agreements (2012 and 2017) with the Valuation Office Agency.

A former Pro Vice-Chancellor at the University of Birmingham and President of the British Hydrological Society, Geoff was awarded the Busk Medal of the Royal Geographical Society for contributions to river research and conservation in 2007, and in 2009 he was presented with a Lifetime Achievement Award by the International Society for River Science.

A scholar of international standing, intellectually brilliant and deeply committed to everything he undertook, he will be greatly missed by colleagues and friends at the University of Westminster and across the higher education sector in the UK and beyond.

Geoff faced his illness with characteristic bravery, determination and good humour. Our deepest condolences go to his wife, Professor Judith Petts CBE, and to his family.