World-renowned Architect and alumni of the Regent Street Polytechnic Richard Gilbert Scott passed away on 1 July 2017. 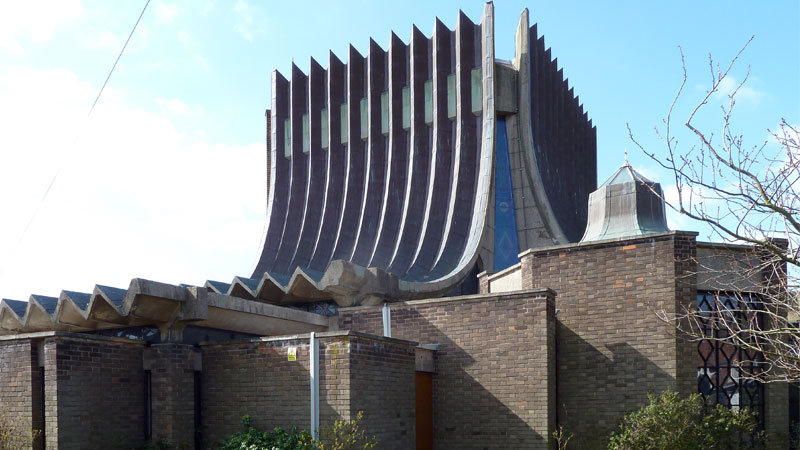 Scott was a highly-regarded architect, best known for designing Roman Catholic churches and for his work on the Guildhall Art Gallery in the City of London.

Following in their footsteps, Richard Gilbert Scott completed his architectural training at the Regent Street Polytechnic School, now the University of Westminster, leading him to a successful career where he designed many prestigious masterpieces including the Roman Catholic churches of St Thomas More and of Our Lady Help of Christians (cover picture) in Birmingham as well as the London Guildhall Art Gallery.