Dr Sigrun Lange, Senior Lecturer in the Department of Biomedical Sciences, led a major study revealing that cannabis oil (CBD) can increase the effectiveness of antibiotics. Professor Jimmy Bell from the Research Centre for Optimal Health was also involved in the study. 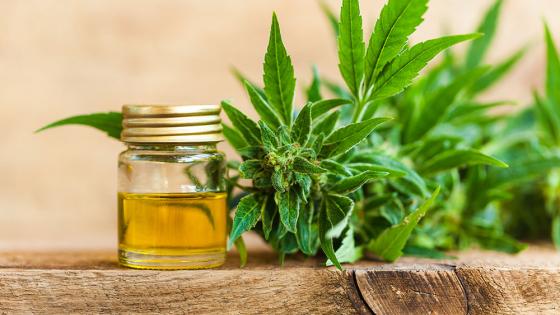 The study is the first of its kind to assess the supposed effects of CBD on the release of membrane vesicles (MVs), components that are released from bacteria and can transfer material for bacterial communication as well as functioning as traps for antibiotics.

Researchers from a number of UK universities were involved in the study which was led by University of Westminster researcher Dr Lange, and showed that CBD could, through this newly discovered mode of action, increase the effectiveness of a range of antibiotics depending on the type of bacteria.

The team tracked the release of the membrane vesicles from the bacteria with and without CBD, the ingredient within the cannabis plant that does not affect the mind, and confirmed that CBD both affected the number of MVs released as well as the structure of the MVs released from bacteria.

The research project tested the effects of CBD on different types of bacteria with either thick or thin cell walls, and found that CBD particularly reduced the release of MVs from thin cell walled bacteria and also significantly increased effectiveness of killing bacteria of this kind in the presence of antibiotics.

From this discovery, the team concluded that using CBD in combination with specific antibiotics may be used as an agent to target and make bacteria sensitive to antibiotic treatment and reduce antibiotic resistance.

Speaking about the study, Dr Lange said: “The antibacterial properties of CBD have been known for some time, but no one knew how it worked.  Based on our previous work which established that CBD is a potent, previously unrecognised regulator of vesicle release we have now demonstrated that CBD is very effective at increasing antibiotic effects through changes in membrane vesicle composition and release in bacteria.

Read the full paper in the Frontiers in Cellular and Infection Microbiology Journal.