2015 is the 35th anniversary of the MacBride Report, a media policy report with the title “Many Voices, One World: Towards a New, More Just and More Efficient World Information and Communication Order” that UNESCO published in 1980.

The International Commission for the Study of Communication Problems in this report questioned the dominance of the West, transnational corporations and the logic of advertising and commerce in the media. It called for the establishment of a New World Information Order that is not unilateral and dominated by the voice of the powerful, but that is multilateral, pluralistic, global and democratic in character. It especially foregrounded the need of making the voices of developing countries better heard in the world and the media.

Researchers at the University of Westminster’s Communication and Media Research Institute (CAMRI) have contributed to a policy discussion of contemporary implications of the MacBride Report in a special section of the journal Javnost. The themed feature, “35th Anniversary of the MacBride Report”, to which CAMRI researchers Prof. Daya Thussu and Prof. Christian Fuchs contributed, asks: What policy and political relevance does the UNESCO’s Report have today, in a world whose media landscape has become more international and digital, as evidenced by the role of the Internet and the talk about social media and big data, that saw the fall of the Eastern Bloc accompanied by the expansion of neoliberalism, the transformation of countries like China, and the rising economic importance of the so-called BRICS (Brazil, Russia, India, China, South Africa) countries. Javnost, a journal for the study of the public sphere, is based at the European Institute for Communication and Culture in Ljubljana. The University of Westminster was involved in the Institute’s founding.

Daya Thussu, who is Professor of International Communication, argues in his contribution, “Reinventing ‘Many Voices’: MacBride and a Digital New World Information and Communication Order”, that the deepening of US dominance of global media has been accompanied by the rise of important non-Western media and a large number of non-Western Internet users, especially in the BRICS countries. He asks: “Will the communication power of the rising billions provide ‘many voices’ on issues affecting contemporary life – from environmental degradation to financial crisis and the threat of extremist politics?” Thussu argues that many issues raised in the MacBride Report “remain largely relevant despite political, economic and technological transformation of the world”.

Christian Fuchs, who is CAMRI’s Director of Research, warns in his contribution, “The MacBride Report in Twenty-First-Century Capitalism, the Age of Social Media and the BRICS Countries”, that the expansion of the Internet, social media and neoliberalism has not brought about solutions to social and communicative inequalities. There would be no technological and economic fixes to social problems. He argues that social struggles are “decisive factors in determining whether an alternative world economic order and an alternative world communication order will be possible”. Fuchs ascertains that “the neoliberalisation and entrepreneurialisation of everything makes the survival of publicly or commonly controlled media disseminated public service content difficult”. 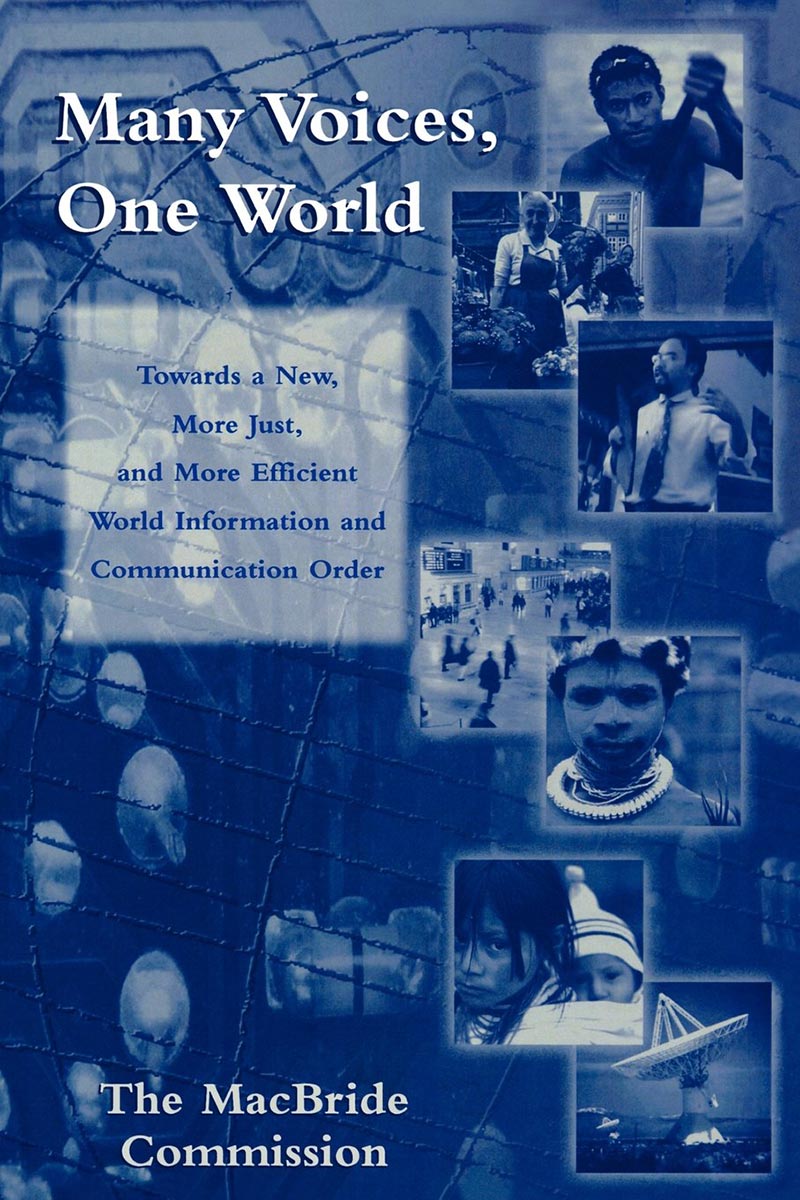