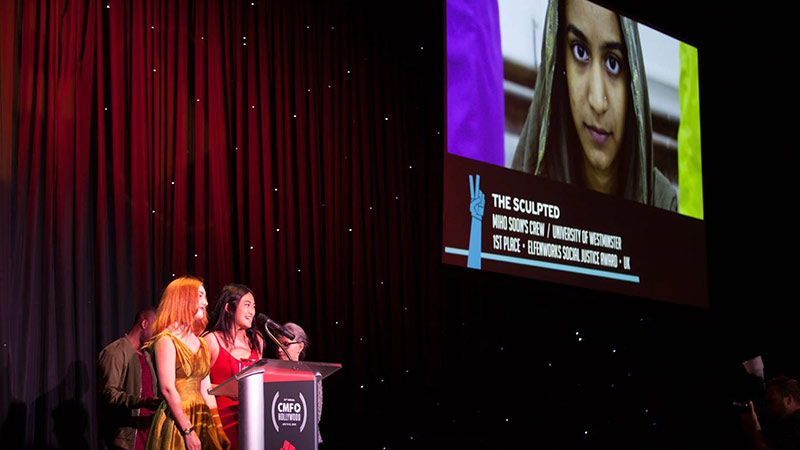 The Sculpted, a short film which deals with the intimate thoughts of a young girl who is about to undergo female genital mutilation (FGM), was made by first year Film BA Honours students Ellie Jones and Miholyn Soon in support of the worldwide campaign to end FGM.

The Sculpted was awarded first place in the Elfenworks Social Justice Category of CMF Hollywood 2015, while the second place went to University of Westminster students Ross Toomey and Harry Taylor for their film Silent T.

CMF Hollywood is a weekend of events celebrating the next generation of film makers with sessions such as educational workshops hosted by industry professionals to networking receptions and parties. CMF Hollywood is also the pinnacle event to the Campus MovieFest world tour where the top movies from over 60 competing campuses will be awarded top honors at a glamorous red carpet awards ceremony.

The University of Westminster’s Film BA Honours degree is one of the best known film and television courses in the world, with an international reputation for its academic and practical teaching.