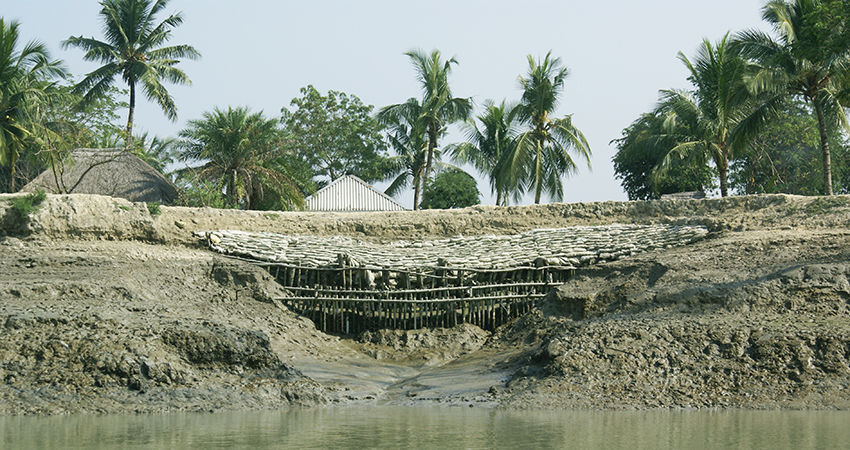 The monsoon is a seasonal designer of the earth, its grounds, its terrestrial ecosystems and its politics. Each year it scours river banks and fertilises valleys as it carries vast quantities of sediment from the mountains to the sea. In monsoonal regions, the pulse of life is linked to the annual cycle of its hot dry summers, bursting rains and retreating winds. Cropping patterns and management strategies respond to its variability, connecting farmers and agriculture with meteorology and atmospheric science. Human rituals celebrate these cycles –  the parched earth, the bursting rains, bountiful harvests and the monsoon’s retreat. Monsoon grounds draw attention to the microbial origins of biopolitics, territory and nationhood. Since the 1970’s, its chemistries have been altered by fertilisers and pesticides, triggering political and economic disputes and giving rise to fortunes and failures. Territory has been converted into real estate, undoing intricate relations between grounds and their waters and unravelling human relations with them, while the metallurgical alchemies of the construction industry have transformed clay, silt, sand and sediment into the building blocks of everyday life.

We are interested in contributions that investigate the following themes that arise from these consideration of monsoon grounds:

Contributions are invited in response to these provocations. Monsoon [+ other] Grounds will comprise inter-disciplinary panels, key-note addresses and an exhibition and aims to bring together established and young scholars and practitioners from a range of disciplines, literatures, knowledge systems and practices (theoretical, empirical, political, aesthetic, everyday) to engage in conversations about the ontologies, epistemologies, histories, politics and practices of monsoonal and other grounds.

Proposals should take the form of 150 – 250 word abstracts for either papers or creative, practice based contributions such as drawings, photographs, videos, performances, musical compositions etc.

Enquiries or abstracts should be sent to Lindsay Bremner at [email protected] by 14 January 2019.  Abstracts will be reviewed by the Monsoon Assemblages team and authors will be notified by 31 January 2019 whether their contributions have been accepted or not.

There is no registration fee for the symposium, but participants are required to secure their own funding to attend it. Participants will be requested to submit their contributions for publication in the symposium proceedings.

Albena Yaneva is Professor of Architectural Theory at the University of Manchester. After earning a PhD in Sociology and Anthropology from Ecole Nationale Supérieure des mines de Paris (2001) with Professor Bruno Latour, she worked at Harvard University, the Max-Planck Institite for the History of Science in Berlin and the Austrian Academy of Science in Vienna. Her research is intrinsically trans-disciplinary and spans the boundaries of science studies, cognitive anthropology, architectural theory and political philosophy. She is the author of a number of books, including most recently, Five Ways to Make Architecture Political. An Introduction to the Politics of Design Practice (Bloomsbury, 2017).

Timothy Ingold is Professor and Chair of Social Anthropology at the University of Aberdeen. He received his BA in Social Anthropology from the University of Cambridge in 1970, and his PhD in 1976, which involved ethnographic research amongst the Skolt Saami of northeast Finland. This led to a more general concern with human-animal relations. At the same time, Ingold began exploring connections between language and technology, leading to his current view on the centrality of skilled practice. Most recently, has has been working on connections between anthropology, archaeology, art and architecture, conceived as ways of exploring the relations between human beings and the environments they inhabit, bringing them together on the level of practice. Ingold is author of numerous books, anthologies and essays, including, most recently, The Life of Lines (Routledge, 2015) and Anthropology: Why it Matters (Polity Press, 2018).

Monsoon Assemblages is a research project funded by the European Research Council (ERC) under the European Union’s Horizon 2020 research and innovation programme (Grant Agreement No. 679873).