BBC Two ‘Trust me, I’m a doctor’: Are there any drug-free remedies for travel sickness?

Professor John Golding, Professor of Psychology in the Faculty of Science and Technology, teamed up with Dr Saleya Ahsan on BBC Two’s ‘Trust me, I’m a Doctor’ on 15 February. 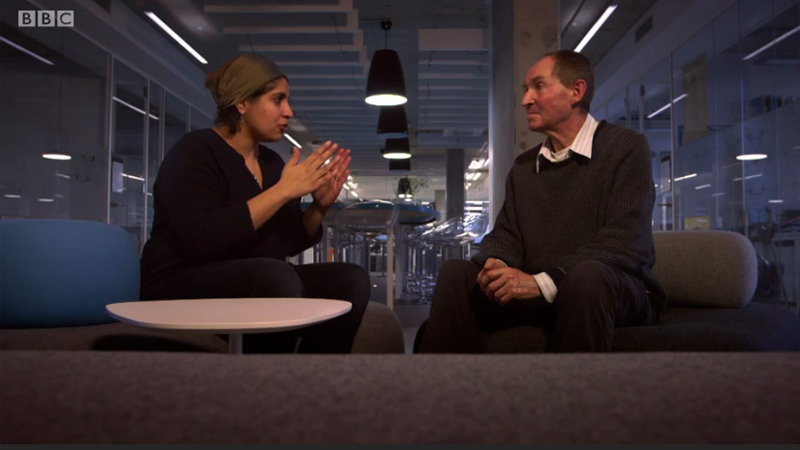 After completing a motion sickness susceptibility questionnaire, developed by Professor Golding, Dr Ahsan was shown to be extremely susceptible to motion sickness. Next, Dr Ahsan agreed to sit in a special rotating chair which moved her around at increasing speed measuring how much motion she could stand before feeling nauseous.

After this experiment, Professor Golding described a ‘controlled breathing’ technique which Dr Ahsan could use to improve her motion sickness. After a recovery period, Dr Ahsan took the same test in the rotating chair but this time used the breathing technique. With controlled breathing she managed to last longer while being spun around than in the first session.