BBC Radio 3 and Islington Gazette: Dr Petros Karatsareas comments on his project for Being Human Festival

Dr Petros Karatsareas, Lecturer in English Language and Linguistics, was interviewed by BBC Radio 3 and Islington Gazette about his project for the Being Human Festival which took place on 18 November. 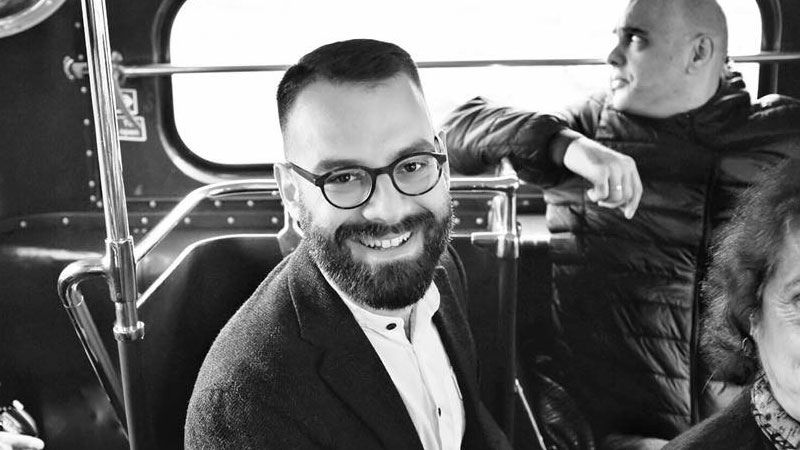 As part of his collaborative project/for his project, Dr Karatsareas hosted 72 people on a Routemaster journey through Greek Cypriot history, via Camden and Holloway, connecting areas such as Pratt Street and Green Lanes on the 29 bus route. The route has become a symbol of the Greek-Cypriot communities, reminding first-generation migrants of their transition from outsiders to neighbours.

The project was organised in collaboration with Athena Mandis from Queen Mary, University of London, as part of the Being Human Festival which adopted the theme of ‘origins and endings’ this year.

In an interview with BBC Radio 3, Petros explained the iconic importance of the 29 bus: “It sets off from Trafalgar Square and reaches Camden Town, which is where Greek-Cypriot migrants in London first established the community. As they became more established, they started moving more towards the north of London – from Camden Town to Green Lanes, from Green Lanes to Wood Green and from Wood Green to Enfield. And what do you have there? You have the route of the 29 bus.”

Speaking to the Islington Gazette, he said: “We believe this project resonates really strongly not only with the Greek Cypriots, but with other communities and their experiences of London life.”

The project was also covered in Times Higher Education.

Listen to Petros’ and Athena’s full interview on the BBC Radio 3 here.