Dr Shirley J Thompson, renowned composer and Reader in Composition and Performance at the University of Westminster, was awarded the Luminary Award at the University of the West Indies (UWI) Benefit Gala in Toronto, Canada. Previous recipients of the award include musicians Bob Marley and Harry Belafonte. 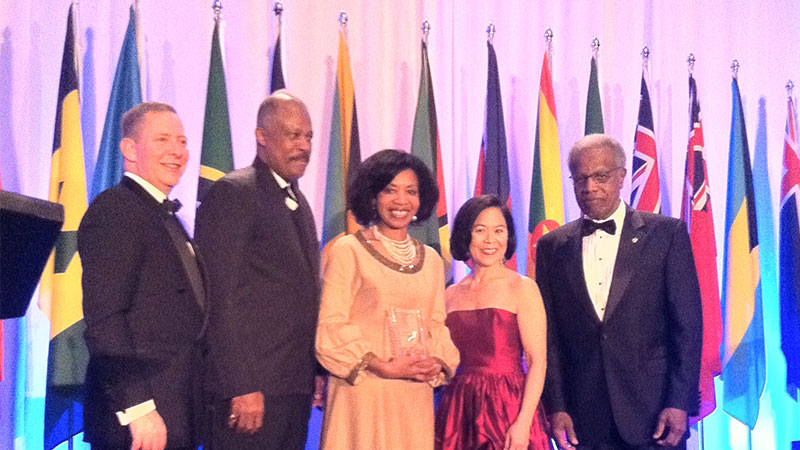 The UWI Luminary Award is presented to people of Caribbean heritage who have made significant, outstanding contributions on an international scale in their respective fields, or people who have brought to prominence issues that affect the Caribbean region.

Commenting on receiving the prestigious award, Dr Thompson said: "I am honoured and humbled to receive the UWI Gala Luminary Award. Previous recipients have included maestros Bob Marley, Jimmy Cliff, Harry Belafonte, Louise Bennett and Derek Walcott – persons who I greatly admire. These luminaries have influenced the globe, as we all know. I stand on the shoulders of those who have come before me, with thanks to their prodigious contributions to societies."

The purpose of the UWI Toronto Benefit Gala is to honour outstanding community leaders, and support the development of the next generation of successful academics and business leaders in the Caribbean community.

Dr Thompson’s compositional output consists of large works including symphonies, ballets, operas and concertos, as well as music for TV, film and theatre. In 2002, she was commissioned to compose a large work for the Golden Jubilee of Queen Elizabeth II.

In 2012, the concept of one of her works entitled A London Story was adopted for the Olympics opening ceremony. Dr Thompson’s other successes include her multi-award-winning co-scored ballet, PUSH, which, over the last ten years, has been performed at major opera venues in more than 38 countries, including Sydney Opera House and the Mariinsky Theatre. In 2015, her opera Sacred Mountain premiered on the opening night of the Tête à Tête: The Opera Festival.

Dr Shirley J Thompson is a Reader in Composition and Performance in the Department of Music at the Westminster School of Media, Arts and Design.