Matej Dimlic, Principal Lecturer in Music and Film and Course Leader of Audio Production MA, worked in collaboration with award winning filmmaker Marc Isaacs, as sound designer, composer and film editor on the cinematographer’s new project ‘Out of Time’. 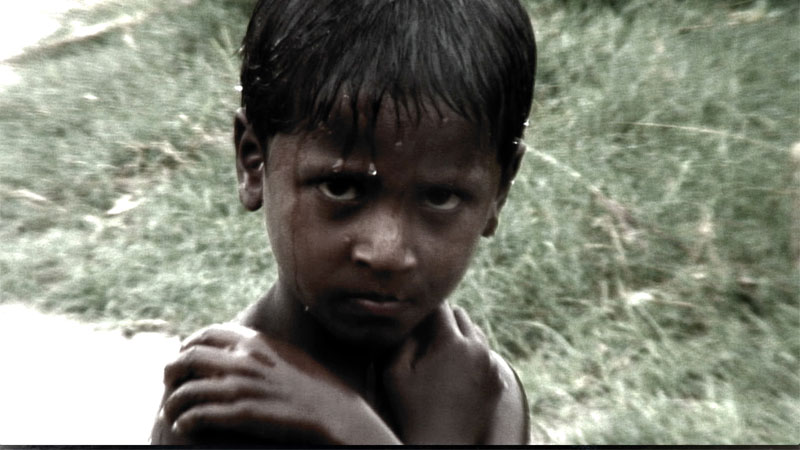 The project was composed of four individual pieces representing a series of characters’ appearances as well as rural Bangladeshi landscapes scenes, brought together by the collaborative work of filmmaker Marc Isaacs and sound designer and composer Matej Dimlic, highlighting the universality of the human experience.

The films will be screened for the first time for a private view on 6 September in Bargehouse, hosted by Open City Documentary Festival. On 9 September, the screening will be followed by a talk delivered by Marc Isaacs, joined by Matej Dimlic, in which they will discuss the development of this project.

Principal Lecturer Matej Dimlic said about this collaborative project: “This is my second collaboration with Marc Isaacs, after working previously on his film Touched by Murder. What have attracted me to this project was the amount of freedom I was given to interpret reoccurring themes of fragility of human existence".

He added: “The centre-piece of ‘Out of Time’ installation is built around my composition Rainy Days, in which destinies of characters from different films are intertwined into single narrative, challenging preconceived notions of where boundaries of documentary storytelling as a film form supposed to be. “Minimal or non-existent dialogue and generosity of in-between spaces of Marc's film language has opened an opportunity for me to use sonic metaphors, music and film editing to communicate with audience on unmediated emotional level".

Find out more about the private screening of ‘Out of Time’ project.

Find out more about the Audio Production MA course at the University of Westminster.

Pictures are from ‘The Rainy Days’, the centre-piece of four films currently being exhibited. Credits go to Matej Dimlic and Marc Isaacs.