Students from the School of Architecture + Cities, in collaboration with students from Aalto University in Finland, have built a collaborative wooden tea pavilion in front of the Design Museum in Helsinki. 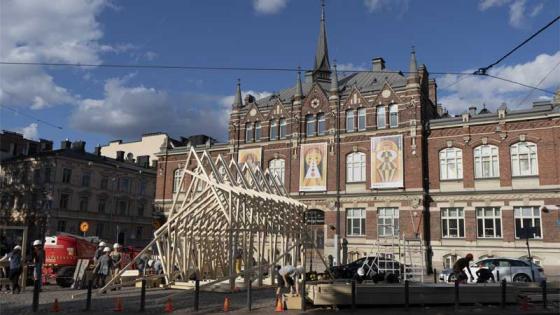 The project was commissioned by the Finnish Institute in London and supported by the Design Museum Helsinki and the British Embassy in Helsinki. The design of the pavilion was initiated by Finnish architect Sami Rintala, who worked with students on the design and fabrication approach  during a teaching workshop at the University of Westminster’s FabLab back in March.

It is the third year that the architect has been teaching wood building to students from the University of Westminster, with support from the Finnish Institute in London. The collaboration started in 2017 with the Mobile Home project, a wooden shelter that students built in Lusto, the Finnish Forest Museum.

The pavilion’s major components and joints were made in the Wood Studio of Aalto University by a  combined group of Aalto and Westminster students, supervised by David Scott, Krista Zvirgzda and Ed Lancaster from the University of Westminster’s FabLab, as well as the Director of the Wood Programme at Aalto, Pekka Heikkinen and Ransu Helenius

Speaking about the collaborative design, Professor Harry Charrington, Head of the School of Architecture and Cities, said: “Huge thanks to all involved. It is a wonderful, inventive collaboration that shows the value of making things together.”

The pavilion will stay open until the end of the Helsinki Design week on Sunday 15 September. During this time, members of the public will have the chance to come and see the building while enjoying the tea and snacks offered at the venue.

Find out more about the School of Architecture and Cities at the University of Westminster. 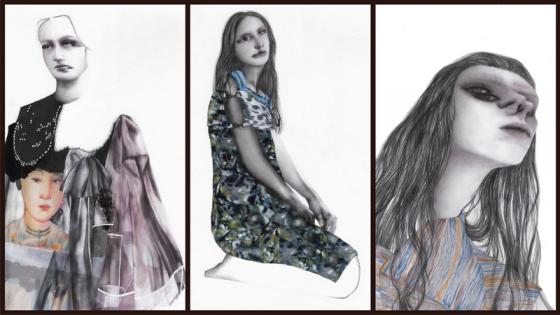