Architecture students awarded over £13,000 in prizes at Alumni reception

The University of Westminster’s Department of Architecture has awarded 38 students with over £13,000 worth of prizes. 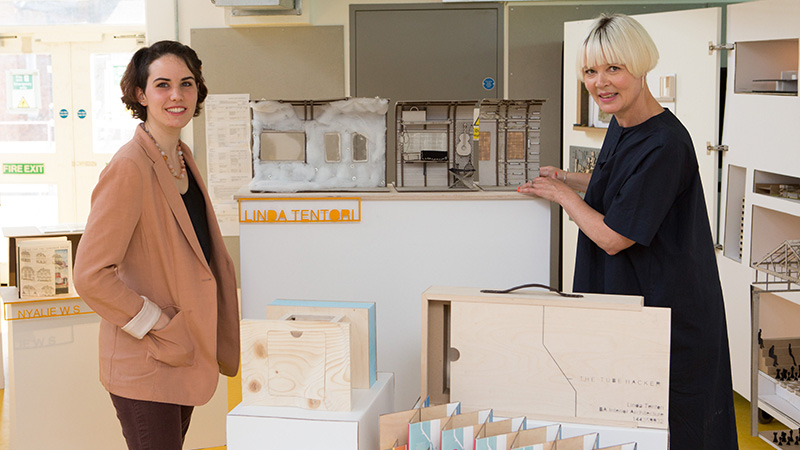 The awards ceremony, which took place during the department’s OPEN 2016 end of year exhibition, celebrated the achievements of outstanding pupils from the Architecture and Interior Architecture courses.

The Foundation was set up in memory of James Phillips, an architect about to embark on his final year of professional studies at the University of Westminster, but who unfortunately passed away the day before he was due to start.

Graham Phillips, Trustee of the Foundation and James’ father, commented that: “The James Phillips Foundation is honoured that such a prestigious School of Architecture has facilitated this prize for young architects passionate about travel and photography.”

Bilal Rawat presented prizes to the three winning students for the Best Design Project from the Architecture MA course. The Shoaib Mahmad Rawat Award was set up in memory of Shoaib with support from the Rawat family. Joe Armstrong, Pete Simpson and Damien Clayton all won the award.

Linzi Cassels, Design Director from Perkins+Will, also judged and presented the winners of the VOLA Prize for Interior Architecture. The award was won by Laura Metcalfe, Linda Tentori, Aseil Amgheib and Esther Nieto Navas. VOLA UK, long term partners of the University, have similarly renewed and increased their support of the award.

Guests had the opportunity to explore the newly refurbished design studios filled with works and models created by students across both undergraduate and postgraduate Architecture courses in the company of students, alumni, and supporters of the University.

OPEN 2016, the Department of Architecture’s end of year exhibition of student work, ran from 16-28 June 2016 at the Marylebone campus.

Find out more about Architecture at the University of Westminster.

Images from the awards ceremony