Westminster Master of Architecture student Duncan Catterall has recently won ‘The Imminent Diorama’ Designs competition run by the National Trust in collaboration with Bompas & Parr and the Horniman Museum and Gardens. 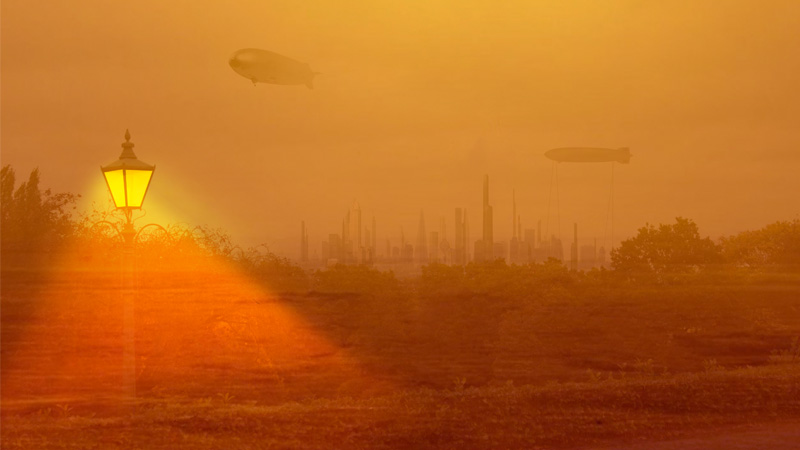 The National Trust, the Horniman Museum and Gardens, and Bompas & Parr have announced their winning entries for new interactive installation, ‘The Imminent Diorama’, which allowed the public to see one of London’s finest unprotected views of the city at the Horniman, as it appears now and as it could appear over the next eighty years.

Duncan’s design was selected from a large number of applications from different artists and architects who all highlighted the need to consider and reflect on future views. He was also the only winning student alongside Architecture practice and professional artists. The final installation highlighted the delight and importance of views to Londoners, and their current lack of protection in certain areas of London.

His design (Cover picture) represented a fictive future where climate change caused a drastic increase in hurricane activity, the world's equator became more extreme and the subsequent storms caused a large volume of sand to be ejected into the atmosphere basking London in an orange hue.

The design showed that all the while London's skyline pushes upwards as the city becomes ever more densely populated. St Paul’s seems now to be the only historic building still visible from the Horniman Gardens.

Talking about his success, Duncan said: “I am thrilled to be chosen as a winner for the imminent Diorama, especially as it embodies so many key architectural topics surrounding London’s future development. My course at Westminster has helped to refine my creative process and provide me with the skills needed to execute my visions, which was undoubtedly a contributing factor to my success in this competition!”

Find out more about the Master of Architecture (MArch) (RIBA Pt II) course at the University of Westminster.