Master of Architecture (MArch) student John Killock has won an outstanding range of prestigious scholarships and prizes this year, related to his research interest of cohousing, changing workplace trends and ageing populations. His awards include third prize in the 2012 Student Design Competition “Integrated Communities: A Society for All Ages”, which was presented to him at the UN Headquarters in New York City. 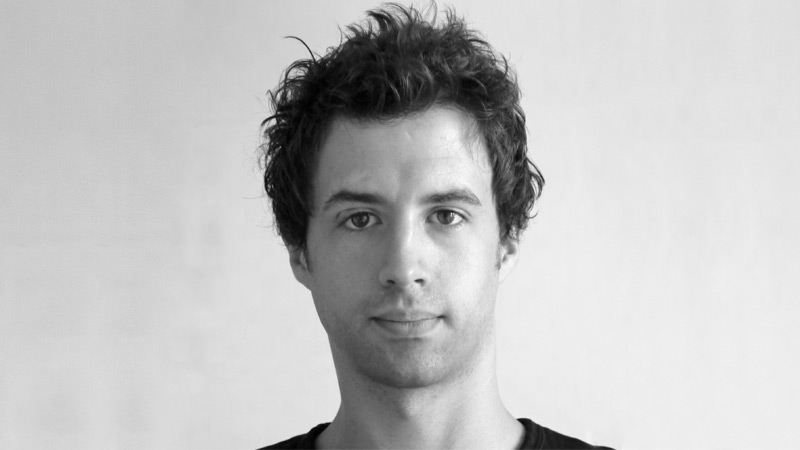 John commented on his success and plans for the future: “Both my design projects have been based on a great deal of research and have attempted to address current social issues. Winning these awards demonstrates the validity and current nature of the projects and I am delighted that this has been recognised by various judging panels. Now that I have finished my university studies, I will be able to fully focus on my work linked to the Boyd Auger Scholarship. I have never had the opportunity to travel so for me this is potentially a life changing opportunity, and one which allows me to undertake some worthwhile research at the same time.” John was a student in MArch Design Studio 17 (DS17) taught by Gabby Shawcross and William Firebrace.

John has graduated from Westminster’s Master of Architecture (MArch) RIBA/ARB Part II this year and comments on the course: “I particularly like the range of studios on offer. Westminster is a very diverse school. I was given flexibility to explore my areas of interest, and the lecturing staff were able to offer a number of different perspectives and research routes.”

2012 Student Design Competition Integrated Communities: A Society for All Ages

On 4 September at the World Urban Forum 6 in Naples, Italy, it was announced that John had won third prize in the 2012 Student Design Competition “Integrated Communities: A Society for All Ages”. John won third prize in the individual category, winning  $2,500. John's award was presented on World Habitat Day, 1 October 2012, at UN Headquarters in New York where John presented his project research together with the other student winners during the “Urban Futures … South Meets North” High-Level Session. The High-Level Session participants included United Nations Ambassadors, United Nations officials, world leaders, private sector and related experts.

The competition is organized by the International Council for Caring Communities in support of the World Urban Forum and the MDGs. This competition was established in 1994 in support of Habitat II, as a bridge between research and practice, endeavouring to prepare the next generation with the tools essential to enhance the quality of life for the fast growing “greying society”. Over 7,000 students from more than 50 countries have participated in the competitions.

John won the RIBA Boyd Auger Scholarship with his project:  Exploration of the potential for cohousing to be used as an evolving typology for the 'Third Age' within the UK. This research project recognises the growing problem of an ageing population within the western world and the issue of suitable and sustainable accommodation for a new generation of older people. It proposed to explore the suitability of cohousing as a typology for this demographic group. Cohousing communities are intentional communities which are created and run by their residents. Each household has a self-contained, personal and private home but residents come together to manage their community, share activities, and eat together combating the alienation and isolation many experience today.

John was been commended by the Norman Foster Travelling Scholarship jury for his submission to expand on his research and explore the potential for cohousing to accommodate ageing populations in India and China.

John won the Future Communities Award at the Future Vision Awards 2011, winning him £1,000 and a four week placement with Atkins engineering and design consultancy.  Run by the Landscape Institute in association with the Homes and Communities Agency, Future Vision is an awards scheme for students that aims to find ideas for making our villages, towns and cities better places to live. John’s project, ‘The School of Lost Skills’, sets out a number of challenges: the generational skills gap, a growing generational divide, and a lack of new housing typologies for people as they age. ‘The School of Lost Skills’ combines the productive typologies of a brewery, bakery and community kitchen with the latest research behind cohousing. Younger people exchange skills, including brewing, baking and productive food growing.

John’s award run continues with second place in Fentress Architects’ 2012 Fentress Global Challenge: Workplace of the Future. The objective of this year's international competition was to encourage young architectural talent to explore scenarios for the future of the workplace, focusing in particular on the architectural potential of distributed intelligence and of universal, instantaneous communication.

The panel commented on John’s work: “The presentation is dense, but well researched, clearly argued, and beautifully illustrated. Best of all it is impressively thorough in its realistic integration within a gritty urban context of a rich and ever changing mix of living, working, and social interaction.”