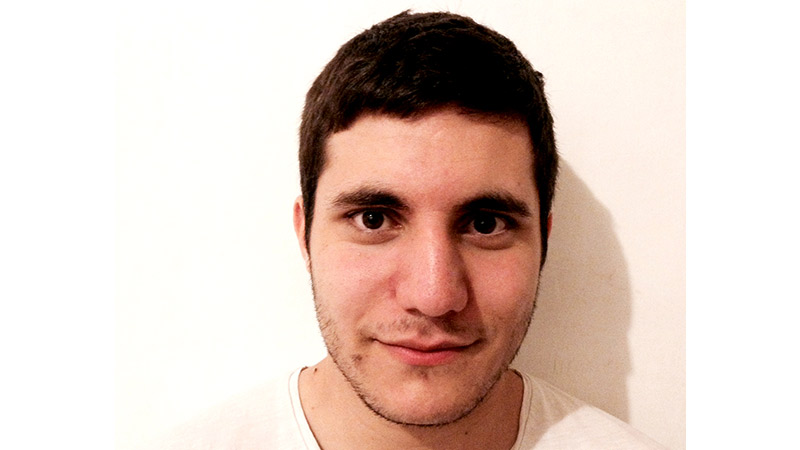 Christos was one of only two undergraduate students to be shortlisted for this prestigious award.

“Being commended at the RIBA Eye Line competition for my work on this project is a great honour” says Christos. “At the moment, I am completing my Part I year out, which is a very exciting and different experience for me.”

Christos’ commended work titled ‘Morpheus Neighbourhood’ was developed as part of his third year project on the Architecture BA Honours at Westminster, with tutors Julian Williams and Jane Tankard. The Project was described as: “This complex happy stage set borrows the ancient Greek god of dreams to collect human stories.  On a social housing site on a major North London artery everyday fragments are preserved.”  Judge Hugh Pearman commented on Christos’ work: “He is an illusionist”.

“ 'Morpheus Neighbourhood' was a project that was intricately developed to echo its purpose and ideas” explains Christos. “Reflecting how people’s dreams can create architecture, it forms a celebration of what architecture could be in an imaginary utopian world shaped by the archiving of human stories. It explored ideas of the temporary and the permanent, where they retreat into memory and fantasy. Therefore, the architecture is alive and changes through time, through stories.”

This follows on from last year's success for Westminster students when two undergraduates and one graduate from Westminster were commended in the RIBA Journal Eye Line drawing competition 2013.

The competition is covered on the RIBA Journal website.