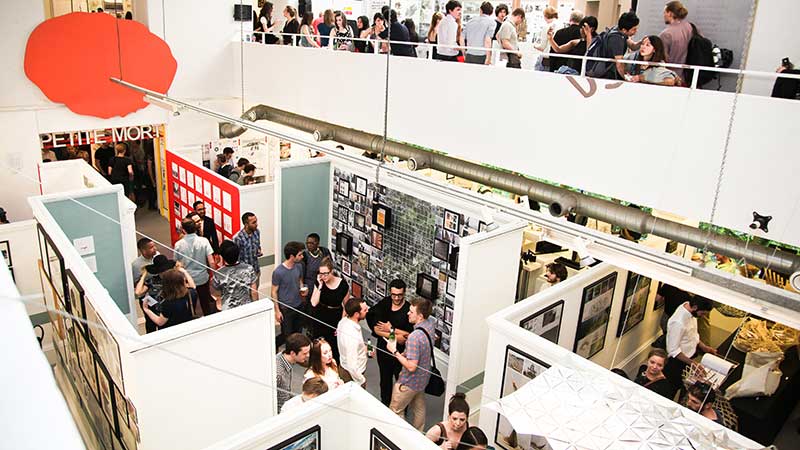 Running from 12 June to 4 July, OPEN 2014, part of the London Festival of Architecture, displays student work from Westminster’s undergraduate Architecture and Interiors courses, and the Master of Architecture (MArch) RIBA Part 2 course. The shows gives an insight to the rich diversity of our studio system, students’ dissertations, and a glimpse of what Fab Lab West, Westminster’s new fabrication laboratory, will bring next year. On 12 June, the exhibition was opened by the Vice-Chancellor of the University of Westminster, Professor Geoff Petts.

The exhibitions at Westminster’s Marylebone Campus have been featured on Building Design as part of its celebration of the best student work of 2014.

View a slideshow of OPEN 2014 and the Architectural Technology end of year Exhibition.