As part of his ongoing research into the ontology of graphic representation in relation to the drawing and projecting of architecture, sound and the formation of consciousness, Gordon Shrigley, Lecturer at the University of Westminster’s Department of Architecture and founder of Filmarmalade, has been invited by Sluice Art Fair to curate and screen the feature length film Things To Come with a live performance of part of its soundtrack. 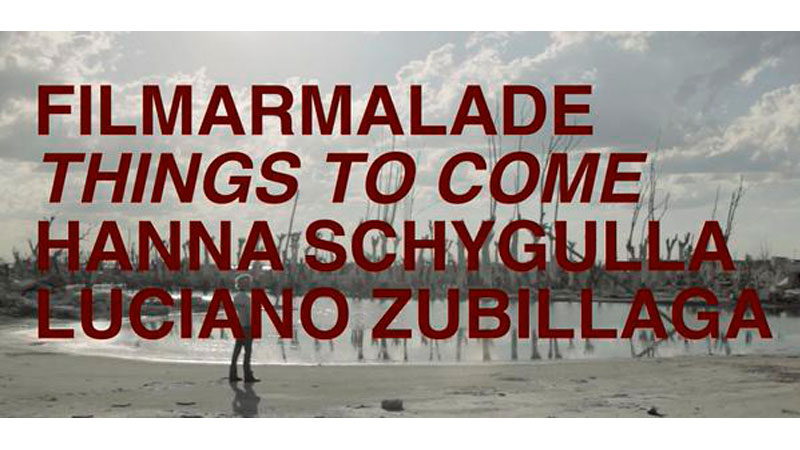 Things To Come by Argentine director Luciano Zubillaga is a powerful cinematic essay that poetically meditates on magic, youth, the politics of idealism and the poetry of Rainer Maria Rilke as narrated by the iconic German actress Hanna Schygulla.

The film is set within Ex ESMA, the former Argentine military detention camp, notorious for the torture and summary execution of political dissidents during the 1970’s. The site serves within Things To Come as the place to memorialise not just those who have fallen in the fight against dictatorship, but also the possibility of revolutionaries yet to come and lovers yet to meet.

The film screening will also feature a simultaneous live performance of the symphonic work Ongilash by the Argentine composer Luis Zubillaga, which features as a partial soundtrack in Things To Come. Ongilash will be performed by the London College of Music Camerata Orchestra and the English Chamber Orchestra Ensemble as a premiere in the UK.

Ongilash received a posthumous premiere performance in 2012 by the Argentine National Symphony Orchestra in Buenos Aires and this performance will be the premiere of this work in the UK.

The screening of Things to Come and the performance of Ongilash are sponsored by Elda Cerrato de Zubillaga, Ciro Ciliberto, Argentine National Symphony Orchestra, London School of Film, Media and Design, University of West London and the Department of Architecture of the University of Westminster.

Things To Come will screen on 15 October between 11am and 8.30pm and Ongilash will be performed between 6pm and 8.30pm on the same day at the Bargehouse, Southbank, London.

Gordon Shrigley teaches in the Department of Architecture of the University of Westminster’s Faculty of Architecture and the Built Environment. He founded the artist publication project Marmalade in 2004 and Filmarmalade in 2007 as a means to widen and enrich debates around issues of visual ideology and the value of contemporary avant-garde cultural production.